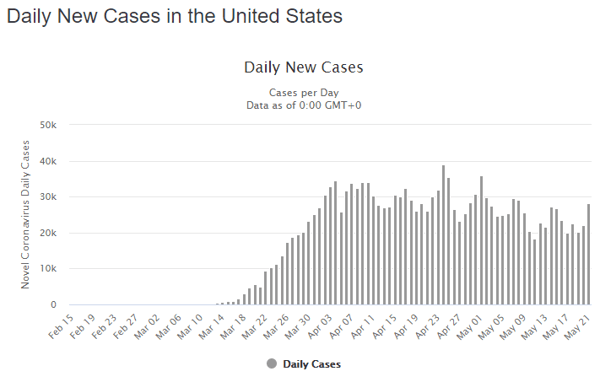 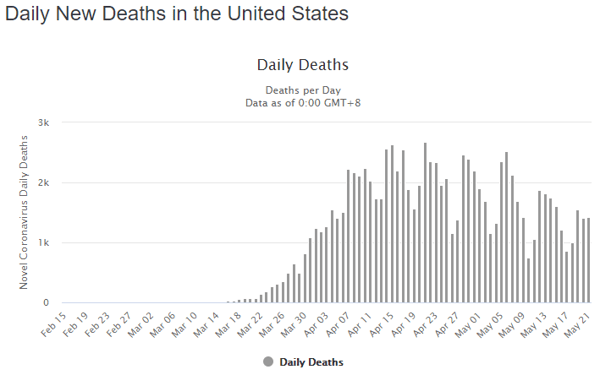 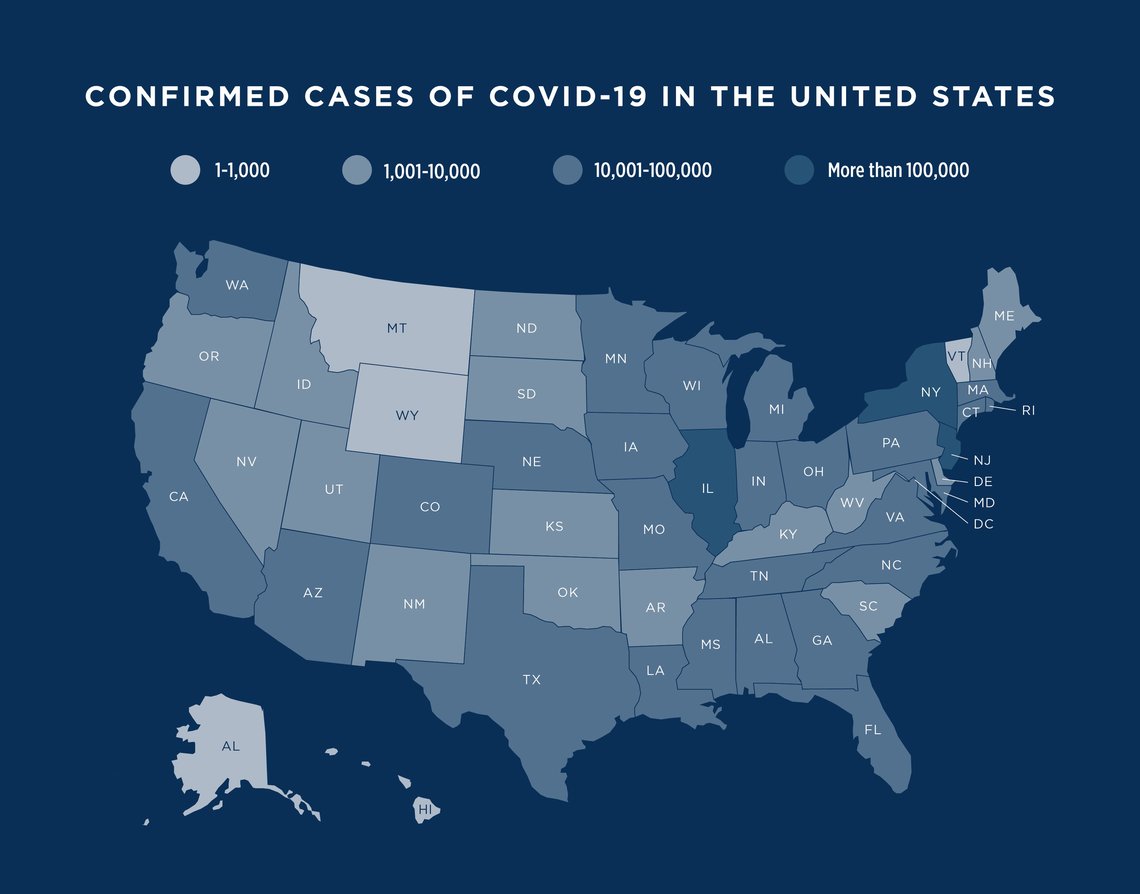 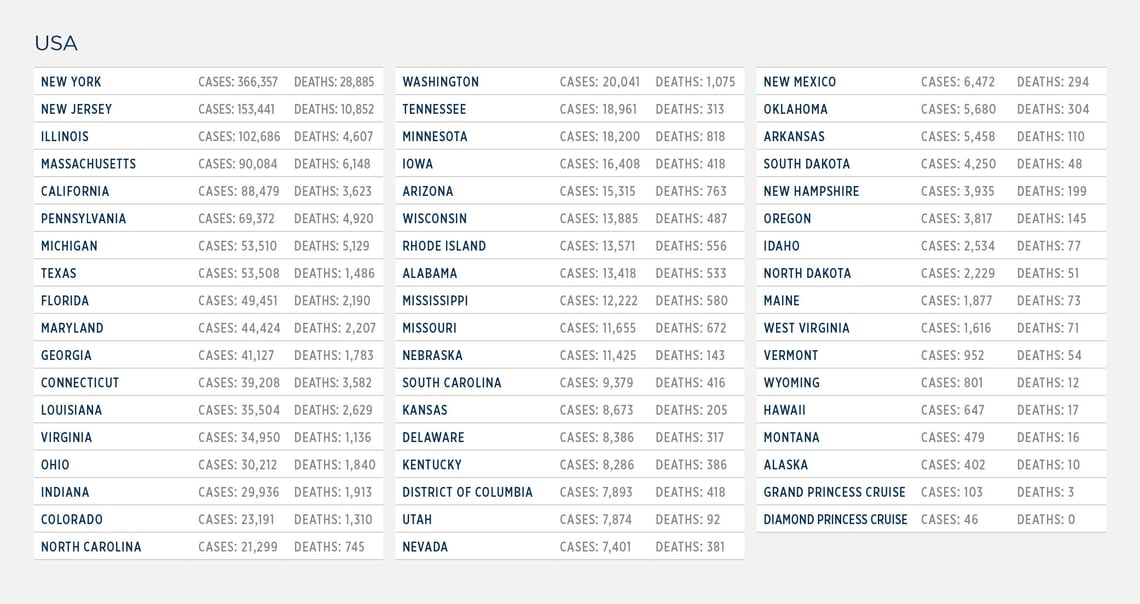 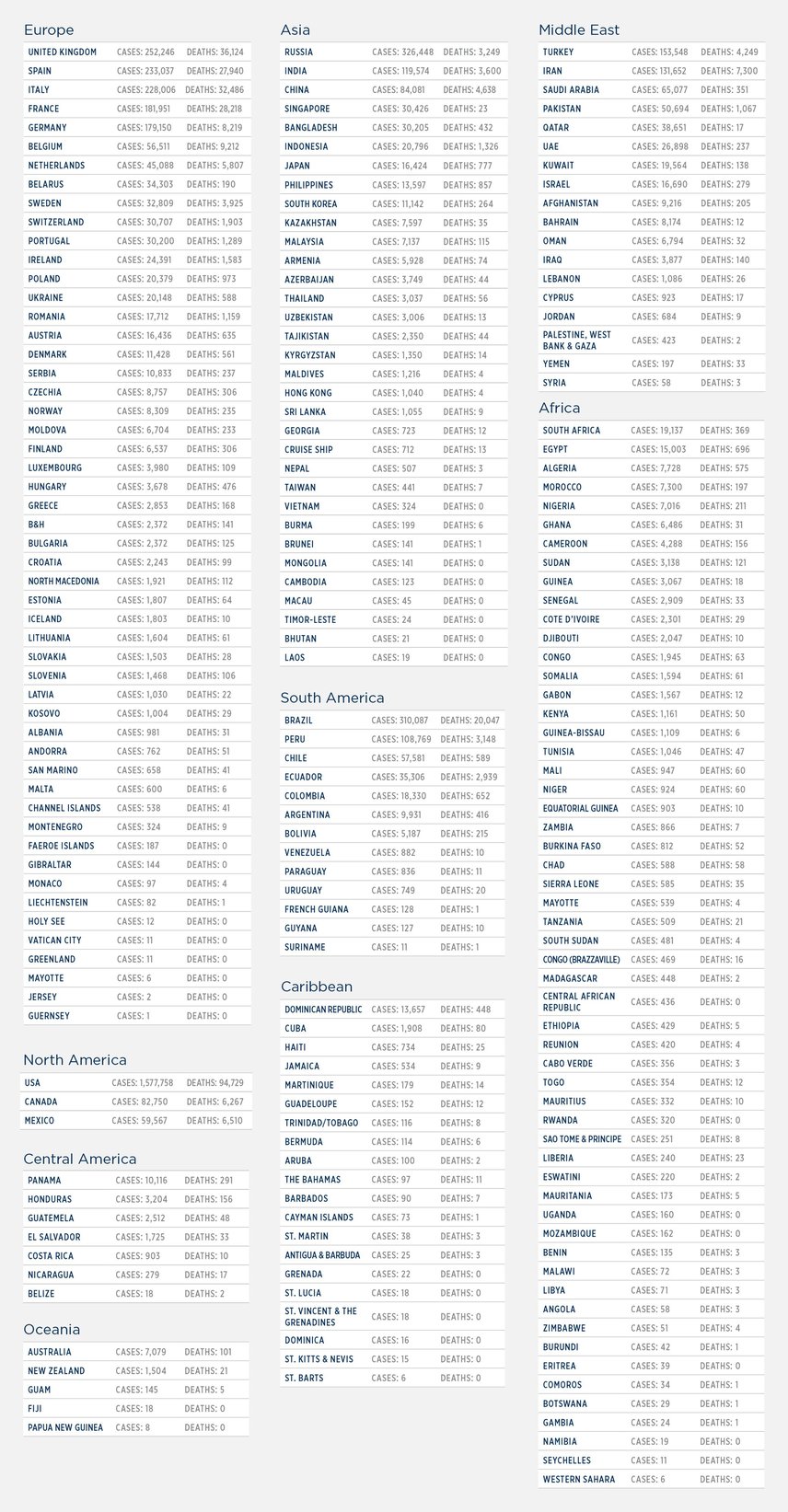 Many countries in Europe are now starting to re-open limited parts of their economies and the success of those restarts will be key for how other nations handle lifting of restrictions. However, others, like Russia and Brazil, are seeing high numbers of daily new cases and are several months behind on re-opening. 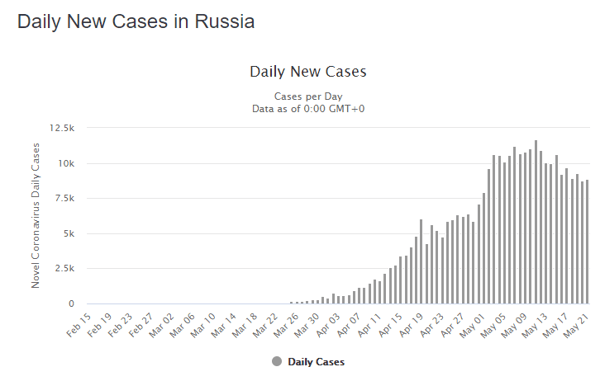 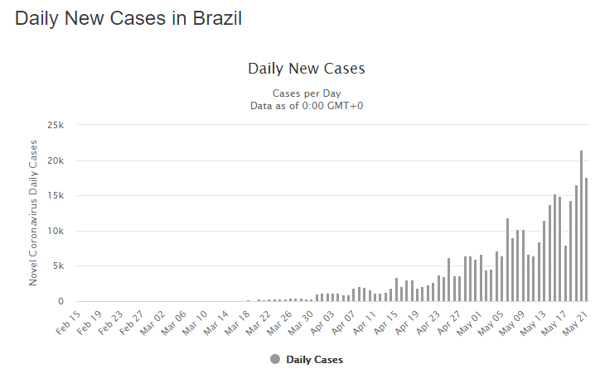 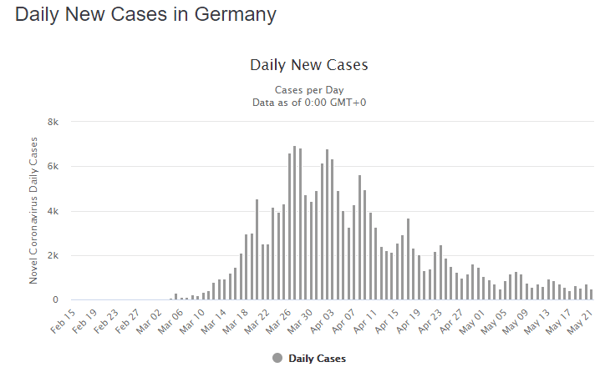 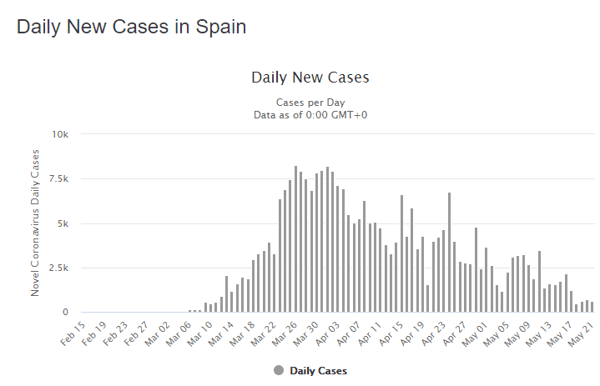