In response to the COVID-19 pandemic, the U.S. has declared a national state of emergency and multiple states have taken drastic steps to stop the spread of the novel coronavirus.

These include a mandatory shelter-in-place order in San Francisco, California, postponement of primary elections in Ohio, closing of all non-essential businesses such as bars in Austin, Texas and local curfews in Palm Beach, Florida, and Portland, Oregon, and the entire island of Puerto Rico. Contact Global Guardian for customized, state-by-state updates in the U.S., as these are changing daily.

Millions of people began working remotely in the U.S. this week, driving home the seriousness of the situation amid an effort to "flatten the curve" by practicing social distancing. This combined with bans on group gatherings and mandatory closures of non-essential businesses, the negative economic snowball effect is beginning to be felt. Airlines, restaurants, coffee shops, hotels, casinos, bars, gyms, clubs, and meeting venues are all seeing immediate major declines in revenue and have started laying off or furloughing workers. Only grocery stores and pharmacies have seen a spike in sales as people stock up on essentials, and in some cases, the panic buying of things like toilet paper. Without government intervention, every airline in the world could go bankrupt by May due to the near global shutdown of air travel.

U.S. Treasury Secretary Steve Mnuchin said that unemployment could hit 20 percent in the coming months, and the government is considering a massive stimulus and aid package to individual Americans and entire industries alike in order to avert a severe recession. In the UK, the government announced a £330 billion financial package for businesses. Global stock markets have already seen major drops in recent weeks, wiping out trillions of dollars of market value.

Hospitals in the U.S. are gearing up for a spike in COVID-19 cases and there is concern over shortages of masks and other personal protective equipment for nurses and doctors, and ventilators for critical patients. The U.S. is beginning to roll out drive-through testing sites and there is hope that millions of tests will become available in the coming days and weeks.

Iran is facing a national catastrophe and satellite imagery shows them excavating massive 100-yard-long burial trenches in a Qom cemetery to handle the number of deaths caused by COVID-19.

The focus in the U.S. is now on mitigation strategies to limit the spread of COVID-19, rather than strict quarantine measures as seen in China. Working from home, closing of schools, and social distancing in public are all part of an effort to "flatten the curve" of cases to help hospitals and clinics deal with sick patients over a longer period of time, instead of in a sudden spike, overwhelming healthcare systems. 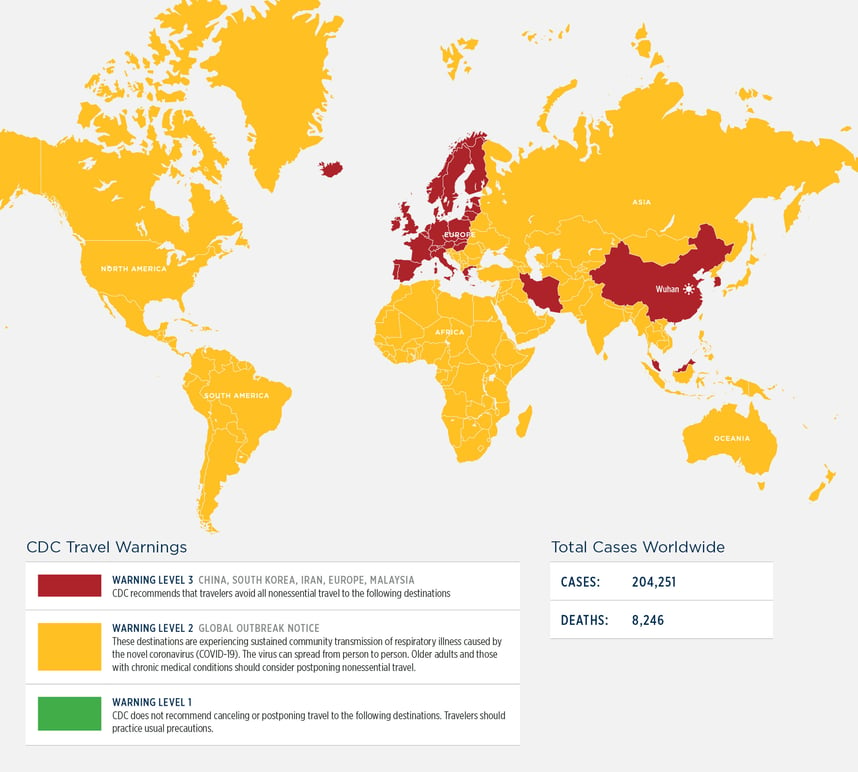 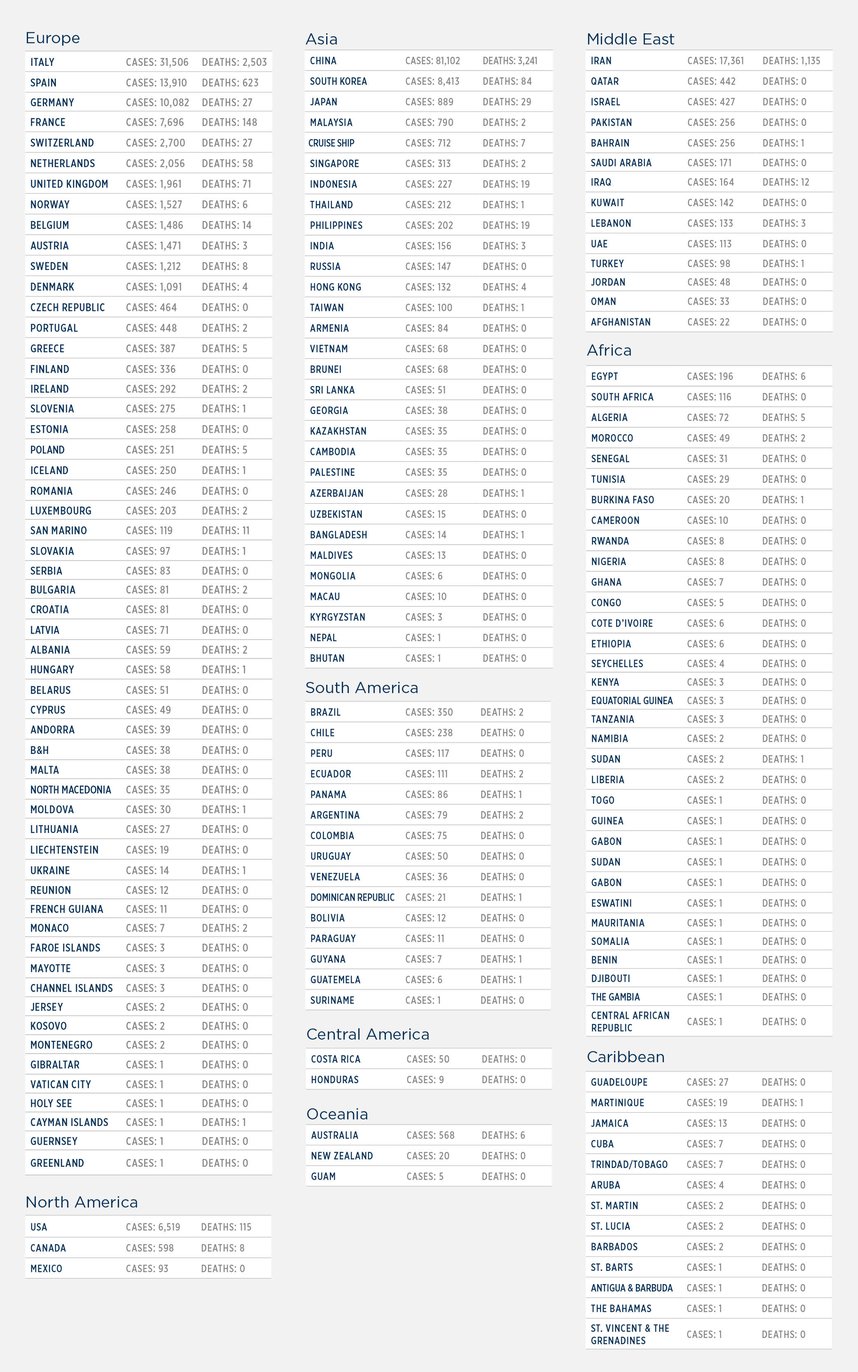 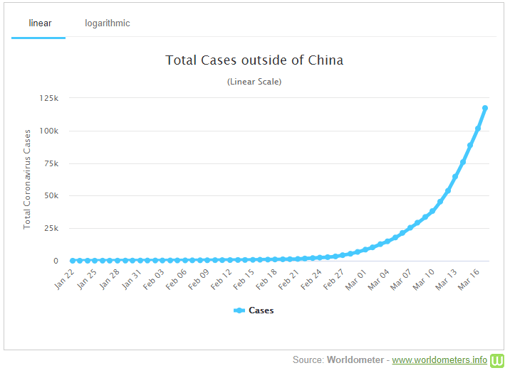 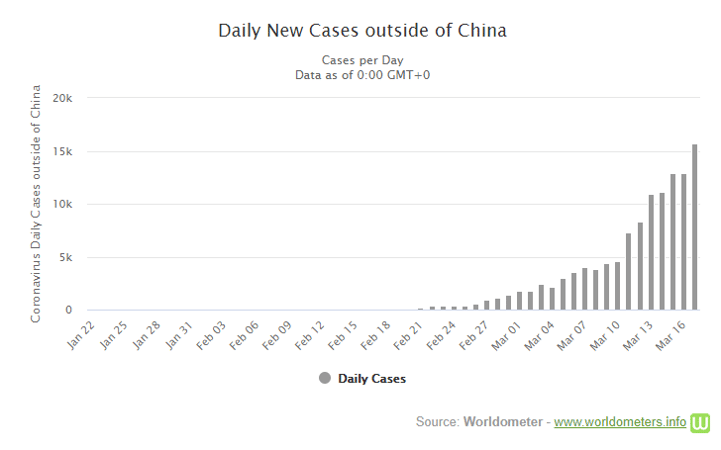