Over the weekend, the U.S. Centers for Disease Control and Prevention (CDC) issued a Level 2 alert for both Japan and South Korea amid a surge in cases of the novel coronavirus.

This prompted the U.S. State Department to raise its Travel Advisory for both countries to Level 2: exercise increased caution. The CDC has a three-tiered warning system while State uses a four-tiered travel warning system.

In South Korea, there are now over 800 confirmed cases and eight deaths. The largest clusters of cases are in North Gyeongsang province and Daegu, centered on Cheongdo Daenam Hospital and the secretive Daegu Shincheonji Church of Jesus. Officials declared Cheongdo and Daegu “special care zones” after dozens of hospital patients and staff, as well as hundreds of members of the church and their families were diagnosed with COVID-19.

President Moon Jae-in put South Korea on the highest possible alert on Sunday, a move that empowers the government to lock down cities and take other sweeping measures to contain the outbreak. While Seoul has not witnessed a significant outbreak, Hong Kong, Israel, and other countries have implemented travel restrictions with South Korea, and more countries are likely to follow.

In Italy, cases grew from less than 30 to more than 220 over the weekend, with seven confirmed deaths. Most are located in the Lombardi region, in northern Italy, prompting the government to lockdown more than 50,000 people across 11 towns and cities. Notably, Milan has not seen many cases and is not currently on lockdown. It is likely that the CDC and State Dept will issue Level 2 travel advisories for Italy, as occurred with South Korea and Japan.

Iran continues to see a rise in cases and notably, fatalities. There are currently 61 confirmed cases but at least 12 deaths, a rate far higher than other countries with recorded outbreaks. This may be due to case clustering around older individuals associated with religious gatherings.

Chinese factories are reportedly ramping up production of masks to 100 million per day to meet global demand for masks.

At least 65 airlines from over 45 countries have suspended or cancelled flights to mainland China and/or Hong Kong due to the outbreak. Many are implementing similar restrictions for South Korea. Check with individual airlines for current status, as suspensions and limited restrictions can change at any moment. 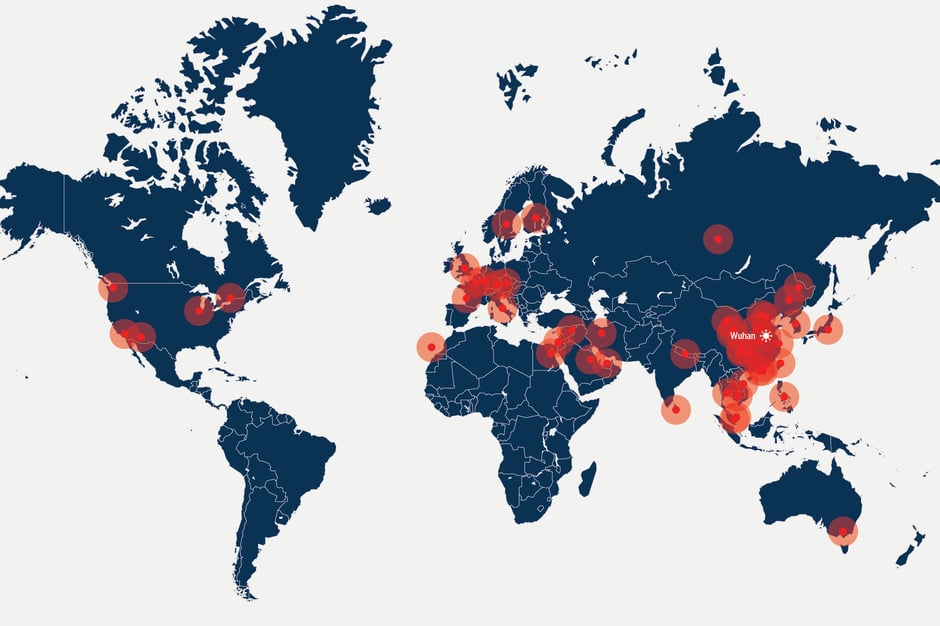 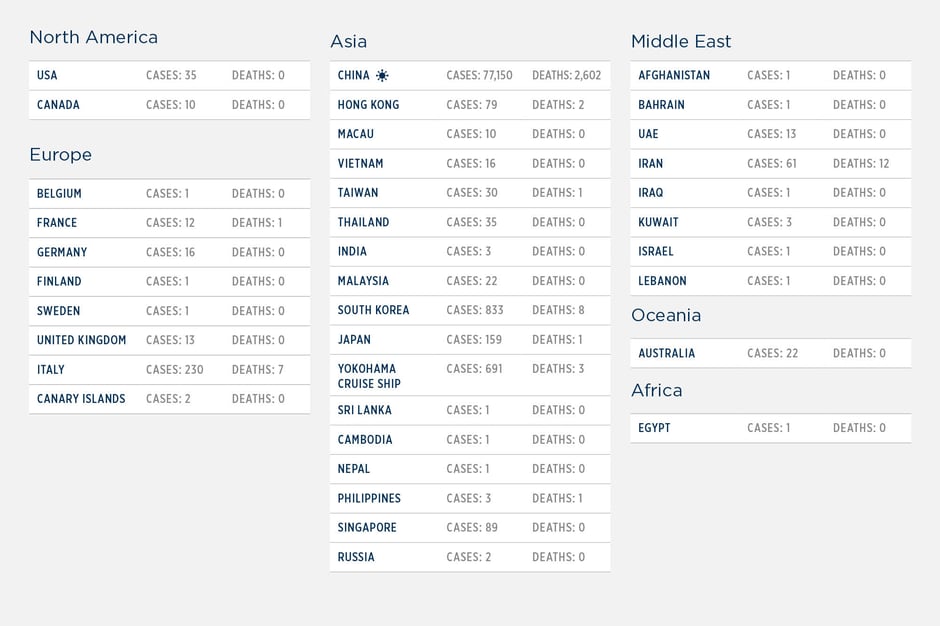 While trends in China are overall positive, the surge in cases in South Korea, Japan, and Italy are concerning and may lead to increased travel restrictions across Europe and APAC. 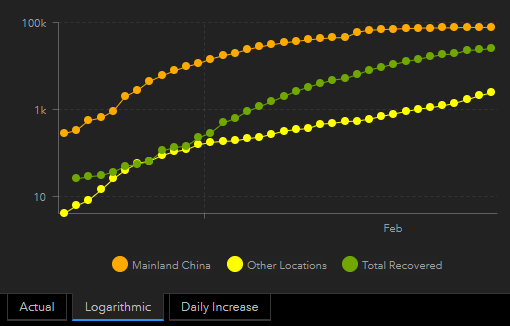 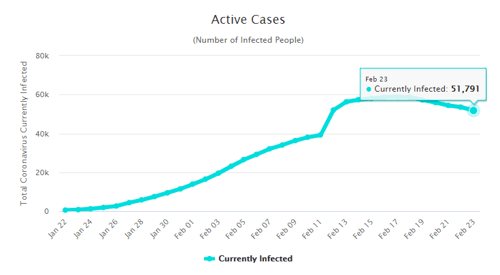