As of 22 January, neither the World Health Organization (WHO) nor the U.S. Centers for Disease Control (CDC) have issued special recommendations to change travel plans. However, the WHO has issued the following advice for travelers to China to reduce the general risk of acute respiratory infections while traveling in or from affected areas (currently Wuhan City)

To date, nearly 450 cases of novel coronavirus (2019-nCoV) have been reported with at least 17 deaths.The outbreak originated in December 2019 at a wholesale seafood market in Wuhan, Hubei province, China. So far, cases have been reported in China (441), Thailand (2), Japan (1), Taiwan (1), South Korea (1), and the United States (1). No deaths have been reported outside China.

On 22 January, Chinese authorities suspended public transportation in Wuhan, including the airport, in an effort to contain the spread of the virus. Buses, subways, ferries, and long-distance travel will stop on 23 January at 10AM local time. This is a significant step and effectively a quarantine of the city. 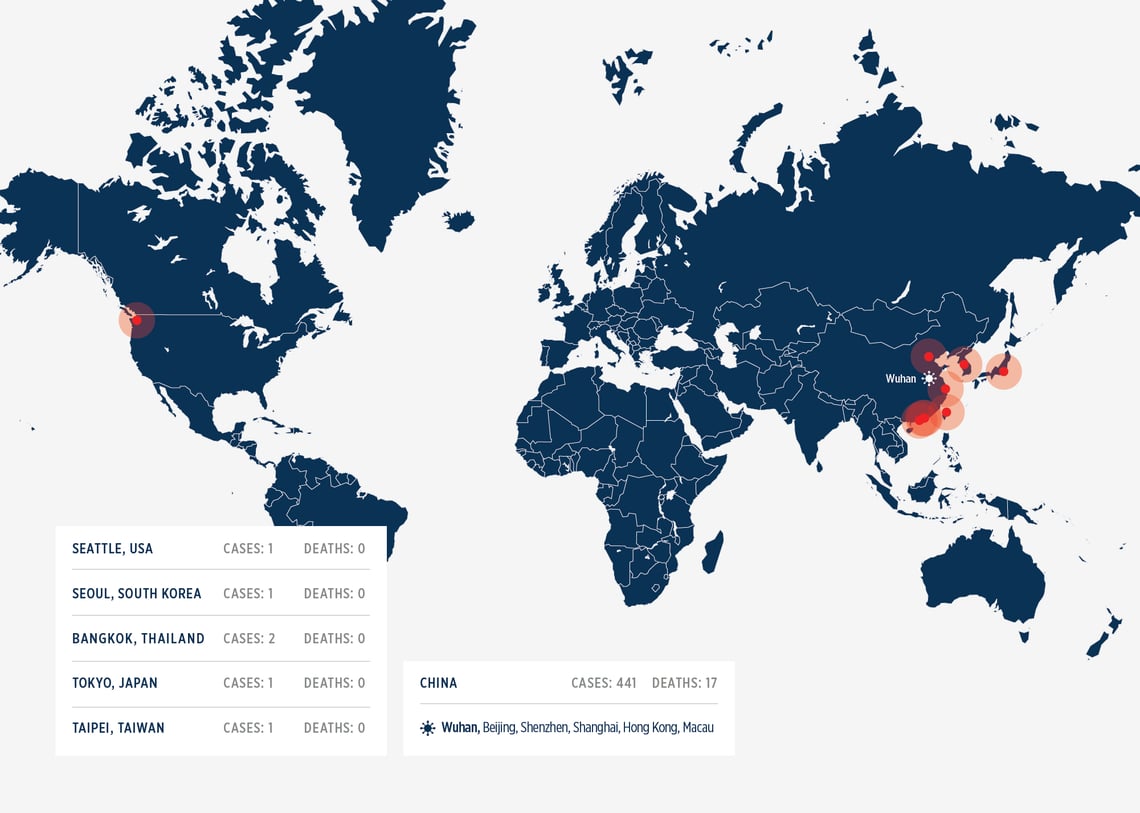 The 2019-nCoV has no known cure or vaccine and has spread to multiple countries since it was first reported in the city of Wuhan. With the traditional mass migration of people in China over the Lunar New Year holidays between 23 January and 7 February 2020, health authorities believe that the number of cases could rise rapidly within a matter of weeks.

For additional support or to request a special report on the situation, please reach out to Global Guardian team at 703.566.9463 or by clicking below.

How are organizations pivoting to protect their people and infrastructure in today’s world? Private Security.

Already struggling with an economic crisis brought on by the...