Moscow and Kyiv are seriously discussing a ceasefire as part of a wider deal to end the conflict. Russia now claims that it will begin to draw down its forces from the Kyiv area, which comes after the Russian Ministry of Defense declared that the first phase of the invasion is complete and that its objective is now to "liberate" the Donbas. While there is now a more credible peace process and a path toward an agreed settlement, Russia will use this time to regroup (reorganize and resupply) and use the threat of force (as it has from April 2021) to maintain bargaining leverage over Kyiv, especially now that the West has already exhausted its financial leverage. 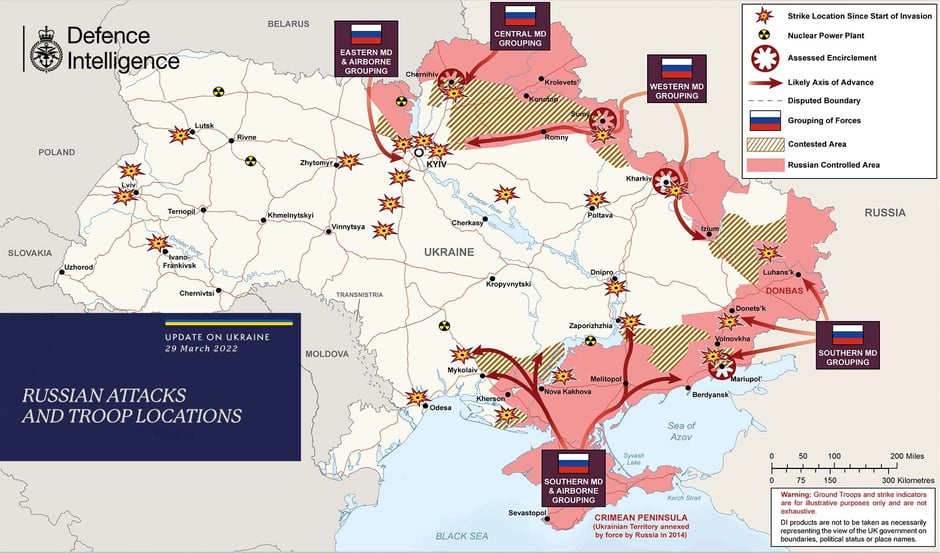 Saudi Arabia Travel Advice: What To Know Before You Go "Travelers should assume that communication is monitored at all times. Hotel rooms may also be subject to surveillance...