On 10 October, Russia launched more than 80 missiles, dozens of kamikaze drones, and artillery at civilian targets, in Kyiv, Kharkiv, Odesa, Lviv, and elsewhere (map below). The strikes targeted critical infrastructure, knocking out power in multiple areas, including Kyiv. At least 11 civilians have reportedly been killed, with dozens more injured. Today's strikes are the first time Russia has targeted Kyiv and western Ukraine in months and mark the widest-ranging strikes on Ukraine since the opening hours of the conflict.

The strikes were likely coordinated by Russian Air Force Gen. Sergei Surovikin, who was recently named as commander of all Russian troops in Ukraine. Surovikin is known for overseeing the bombardment of Aleppo.

The mass missile strikes are in retaliation for an apparent truck bombing of the Kerch Strait bridge linking Crimea to Russia, likely carried out by Ukrainian special operatives on 08 September. Parts of the bridge were destroyed; heavy trucks will not be permitted until repairs are made. The attack is highly symbolic, as it represents the only physical link between Russia and Crimea and is an important symbol for President Putin who devoted significant political capital towards its construction. 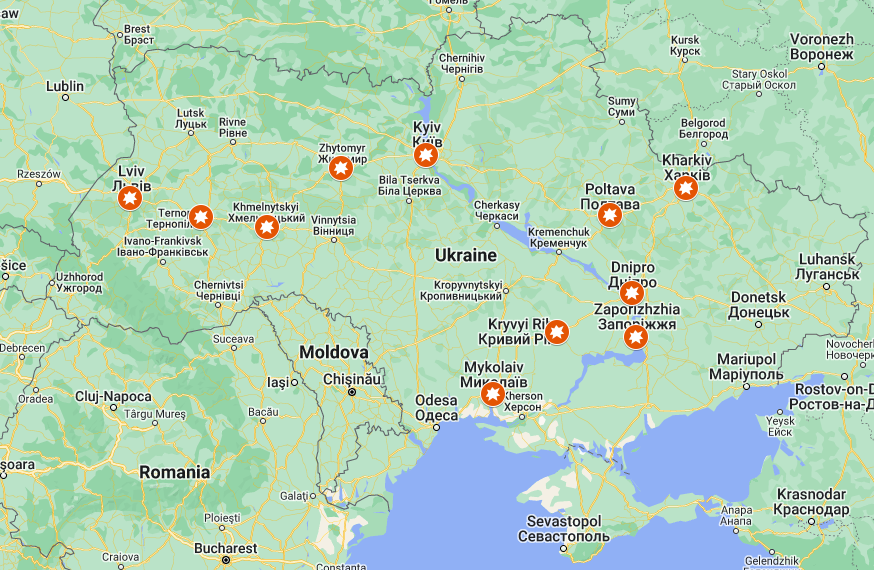 Memphis, Other Cities Brace for Unrest

Bodycam footage showing the beating death of Tyre Nichols at the hands of five Memphis, TN police officers is expected to be released in the coming days, possibly as early as...

Geopolitics Is Changing the Business Landscape. Companies Cannot Afford to Ignore the Risks. “The war in Ukraine was a wake-up call as to how entire industries can unravel in...

Russia Claims Victory in Battle for Soledar: Now What? "I think even if you could mobilize 300,000 plus people, you're going to utilize them to maintain the terrain that you...