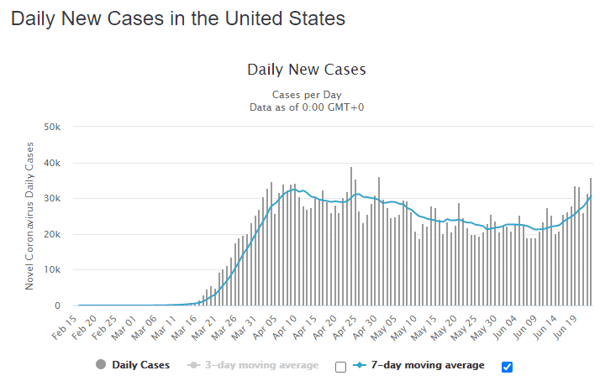 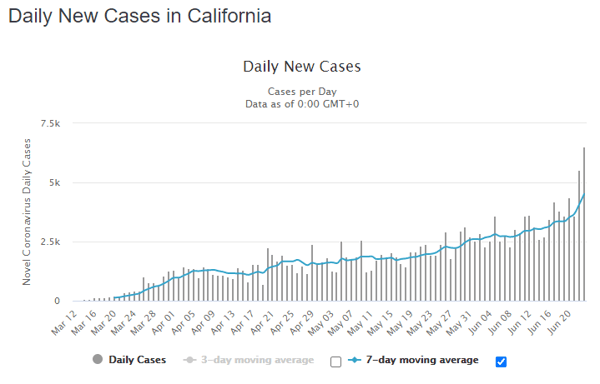 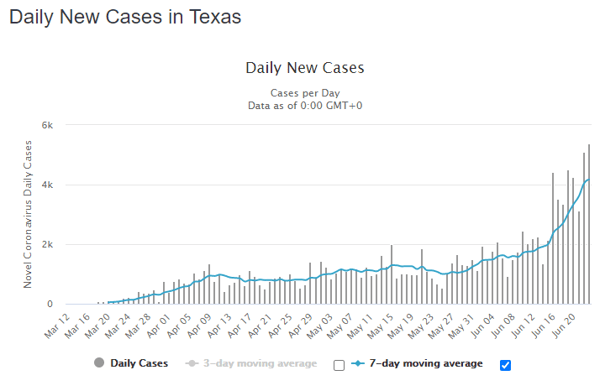 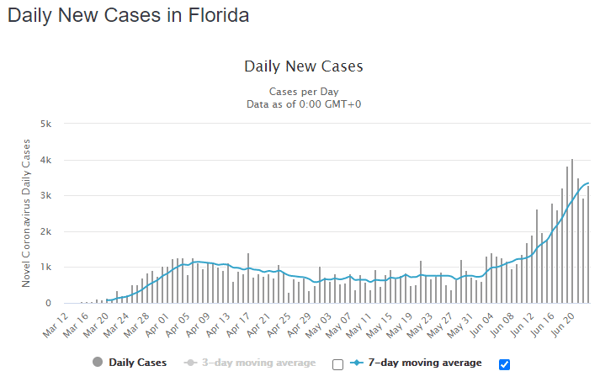 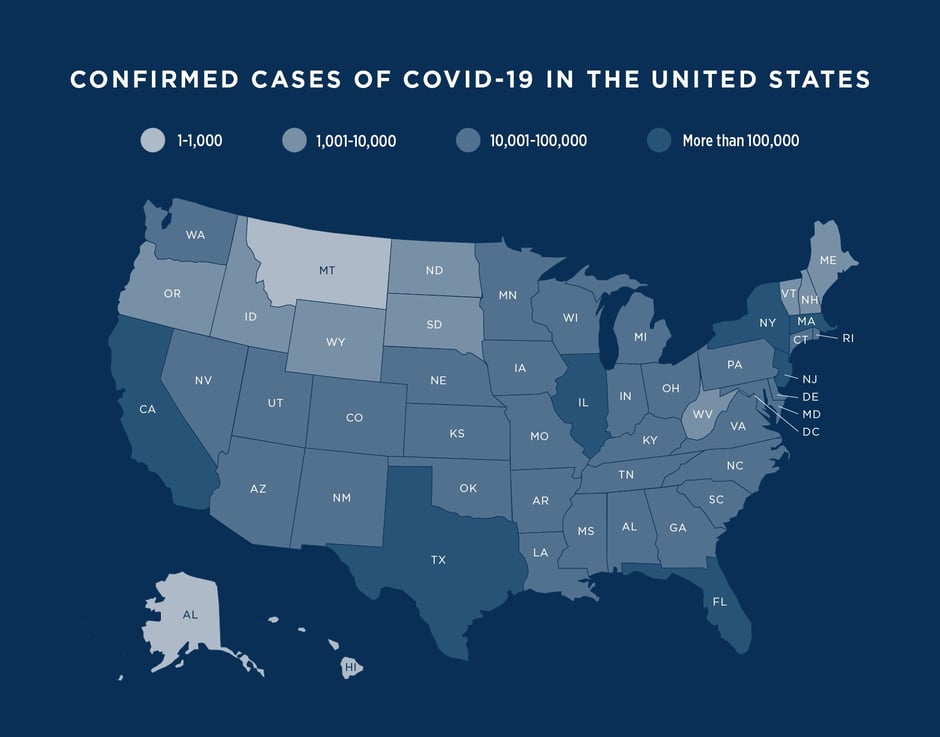 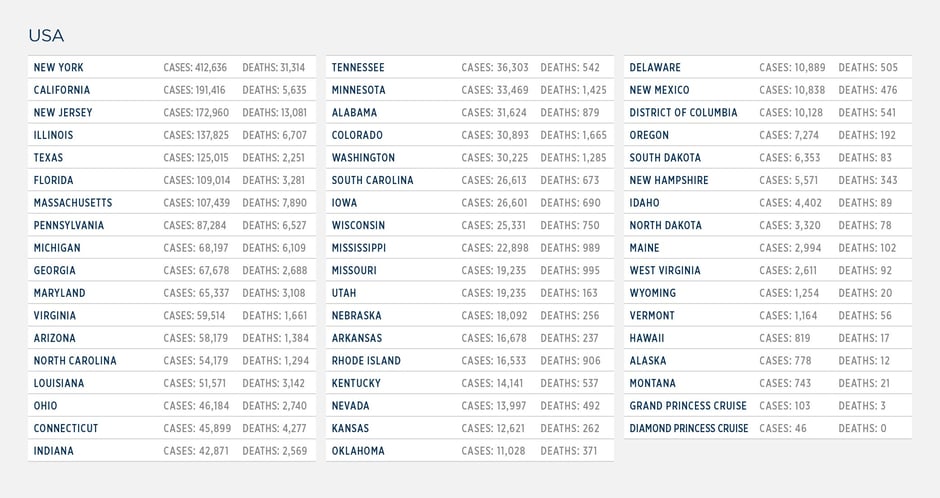 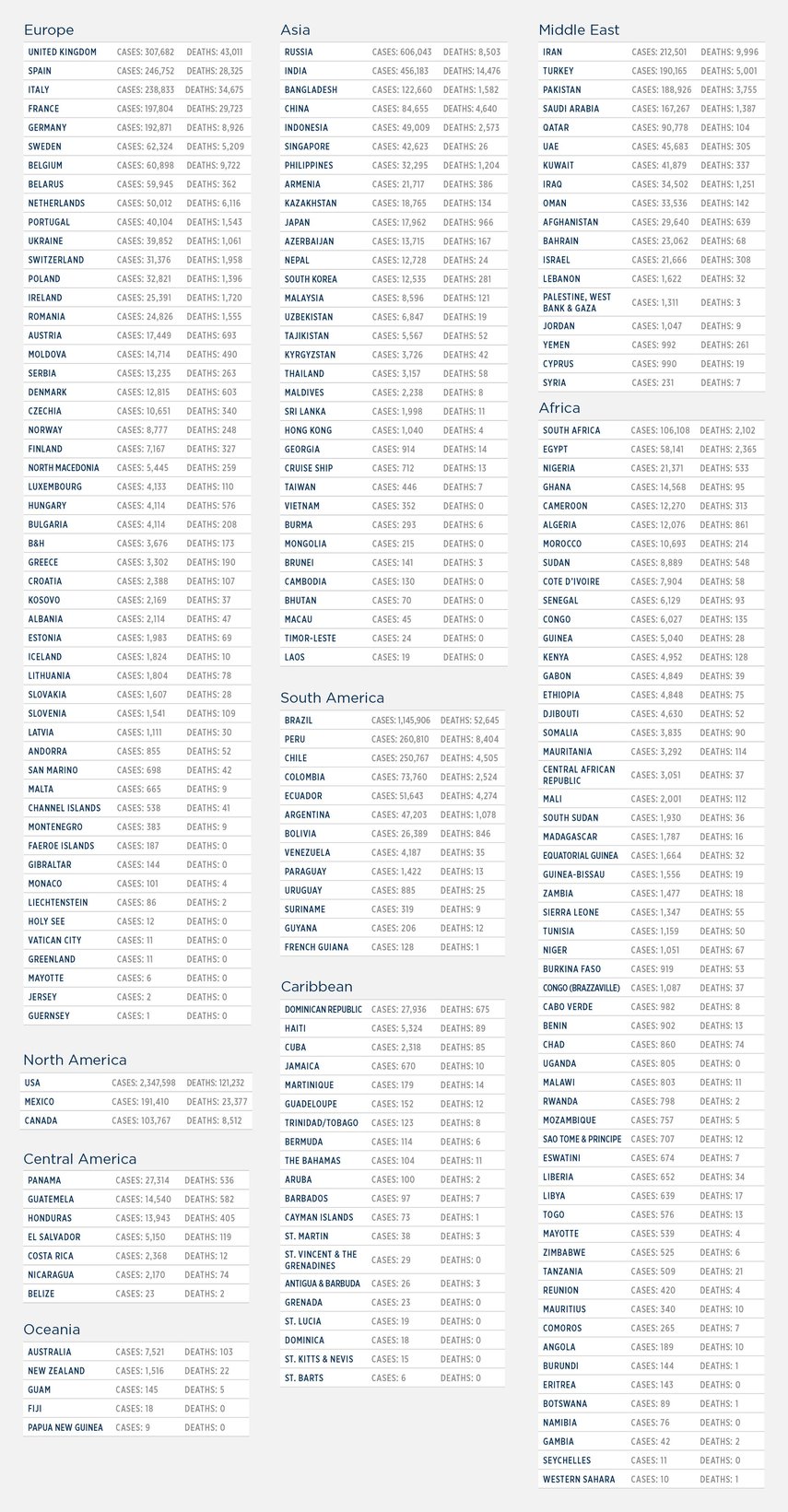 Brazil, Mexico, Russia, India and the U.S. continue to be global hotspots. In particular, Mexico, Brazil, and India have extremely low testing rates, indicating a much larger outbreak in their respective countries. Concerns remain that despite controlling the outbreak in parts of Europe and Asia, international travel will not resume due to out of control outbreaks in other parts of the world. 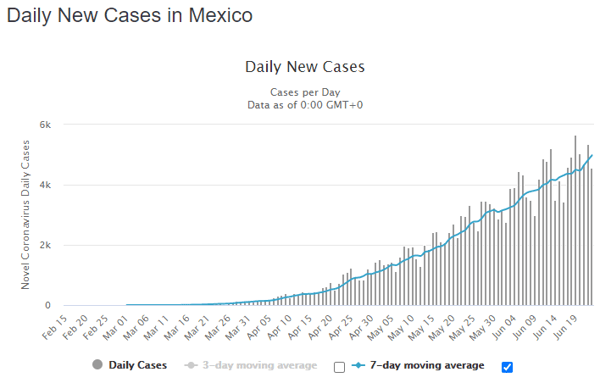