The number of confirmed cases in the U.S. is doubling approximately every three days. The U.S. has the second-most active cases behind Italy.

New York City mayor Bill de Blasio says the city's public hospitals will run out of critical supplies before the end of March. New York state has over 20,000 confirmed cases, the majority of which are in NYC. The state is testing 10,000 people per day in an effort to control the spread of the virus.

Senator Rand Paul (R-KY) tested positive for COVID-19 over the weekend. He is asymptomatic and self-quarantining. Because of this, several other Republican senators are self-isolating due to potential contact with Senator Paul. This led to a 47-47 split vote over the weekend on a Senate Republican stimulus bill. As more lawmakers test positive or are forced to self-isolate, they may be forced to miss votes, leading to delays or other problems in passing bills related to addressing the COVID-19 pandemic.

On 22 March, President Trump announced the federal government is sending National Guard troops to California, New York, and Washington to support state efforts in fighting the outbreak. These units will be under the direction of governors of those states. President Trump said that the government has "deployed hundreds of tons of supplies from our national stocks pile to locations with the greatest need in order to assist in those areas." According to the president, these supplies include gloves, medical beds, N95 masks and gowns and will be delivered within the next 48 hours. This includes 1,000 additional hospital beds for New York.

The focus in the U.S. is shifting to shelter-in-place measures to limit the spread of COVID-19, with possible full quarantine for certain cities or states with major outbreaks. Working from home, closing of schools, and social distancing in public are all part of an effort to "flatten the curve" of cases to help hospitals and clinics deal with sick patients over a longer period of time, instead of in a sudden spike, overwhelming healthcare systems. 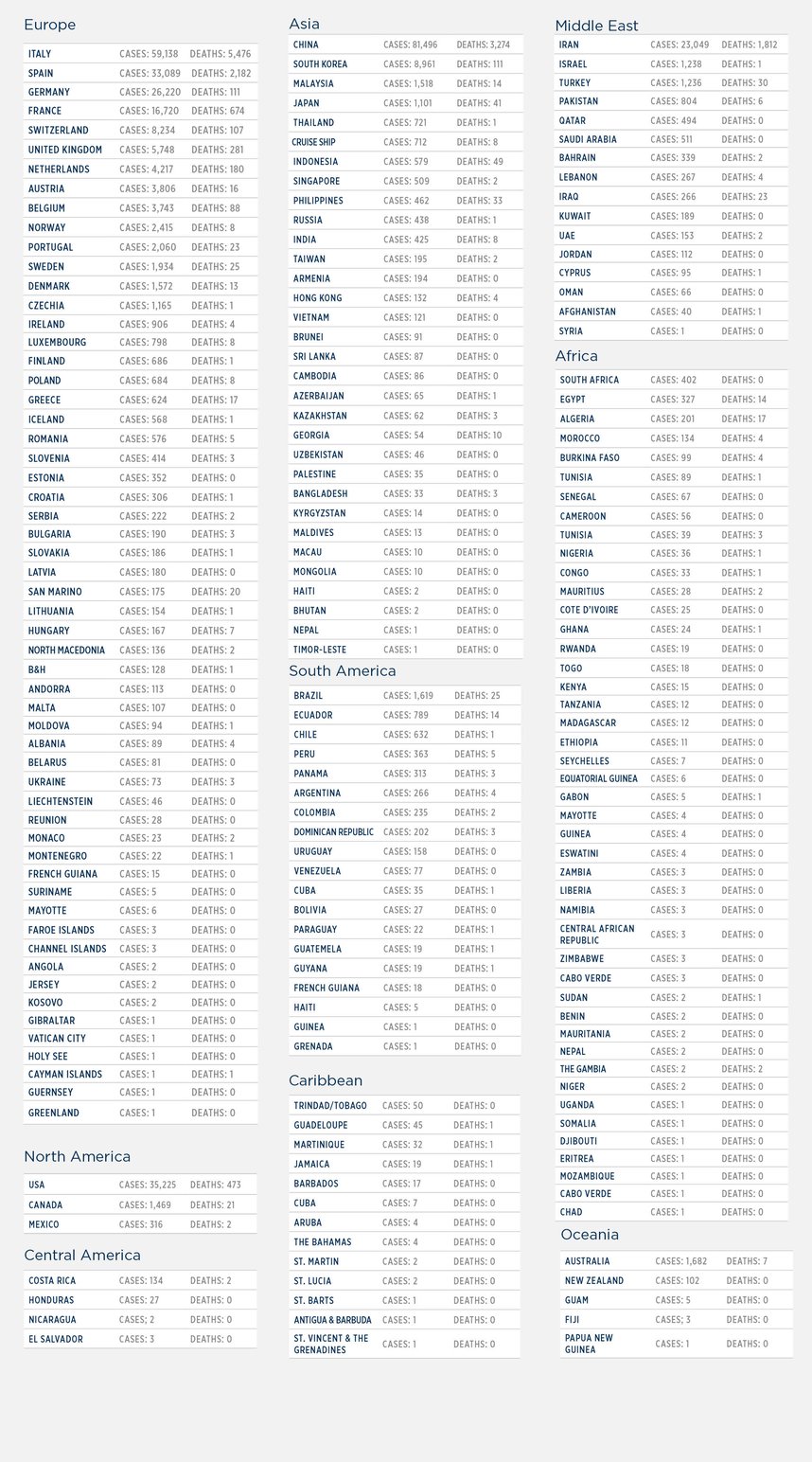 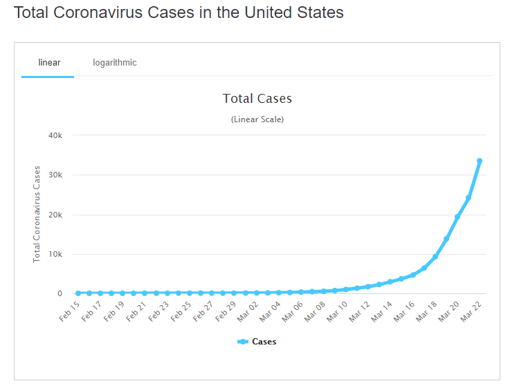 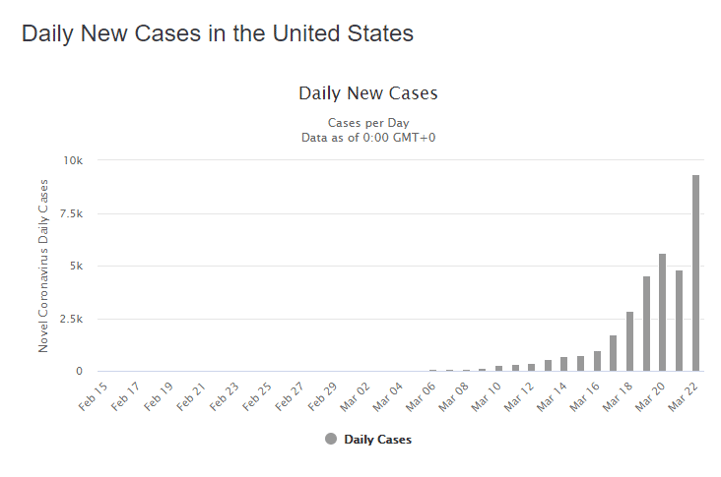