Late on 09 March, the Italian government announced the most restrictive measures yet in an effort to slow the spread of COVID-19.

The entire country is on lockdown, a step not taken since China effectively quarantined the entirety of Hubei province. The decree orders the following (translation & information provided by U.S. State Department OSAC):

Northern regions of Italy most impacted by COVID-19 are experiencing severe local healthcare system strain. While there are 10,149 confirmed cases, the actual number of cases is likely much higher given the 631 deaths so far in Italy. In an effort to alleviate the strain, China has agreed to supply Italy with 1,000 ventilators and 2 million masks. Additionally, they are donating 100,000 respirators, 20,000 protective suits, and 50,000 test kits.

In Europe, France, Germany, and Spain now each have over 1500 recorded cases. Of note, Germany has just three recorded deaths while France and Spain have 33 and 49 deaths respectively. It is likely that France and Spain have significantly more cases that currently confirmed. Other countries with surging cases are Switzerland, the Netherlands, and Denmark. European countries are looking to Italy to see if nationwide lockdown measures will prove effective.

Testing in the U.S. is slowly increasing, with just over 8,000 tests administered. As more and more tests become available and CDC testing criteria are loosened, more positive cases will be found. In addition, the U.S. Health and Human Services (HHS) announced that COVID-19 testing will be designated as an “essential health benefit” meaning it will be covered by health insurance plans, Medicare, and Medicaid. This is a critical step to ensure people will not forgo testing due to costs.

In the U.S., certain public school districts and higher education systems alike have sent students home for the rest of the year for either remote learning or cancelling of classes altogether. This will have lingering affects on the U.S workforce and economy as child care resources are strained.

On 11 March, the director general of the World Health Organization (WHO) announced that they have "made the assessment that #COVID19 can be characterized as a pandemic". While this does not change anything fundamentally, it is a significant step in recognizing the impact of COVID-19, as pandemics have only been declared a handful of times. 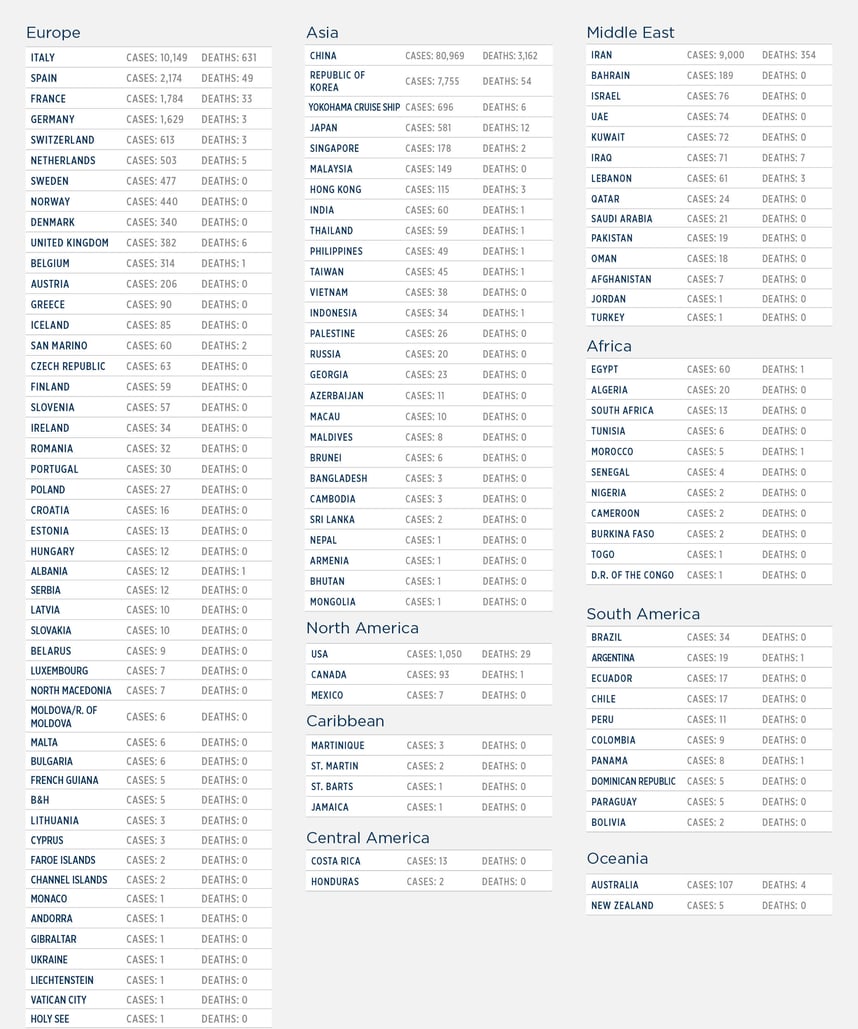 The U.S. State Dept. has issued Level 4: Do not travel guidance for China, Iran, and parts of Italy and South Korea due to the outbreak. In addition, Global Guardian recommends the following:

The experience in Italy may serve as a glimpse of what is to come in the rest of Europe and eventually the U.S. if the virus continues to spread. The U.S. and Europe need to be prepared for significant strain on healthcare resources in the coming months. 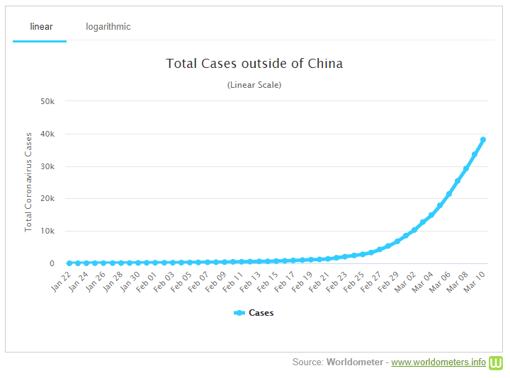 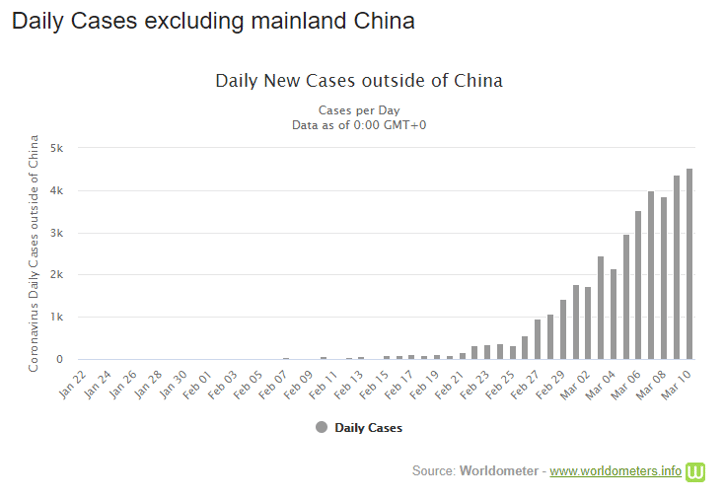