On 04 March, the Italian government announced that all schools and universities nationwide would be closed for two weeks in an effort to curb the spread of COVID-19.

Over 2500 cases have been reported across the country, with the majority of outbreak clusters concentrated in the northern regions of Lombardy and Veneto. Growing numbers of cases in Germany, France, Spain, and Switzerland have health authorities worried that Europe will be the next major outbreak zone.

First cases have been reported in Romania, Poland, Chile, Argentina, and Liechtenstein. The majority of these cases were imported from regions of ongoing community outbreak such as Iran, Italy, Japan, and South Korea.

South Korea and Iran continue to record hundreds of new cases per day. In South Korea, those leaving to travel to the U.S. will be screened at the airport in Korea. If the traveler has a fever of 99.5 or above, they will not be allowed to board.

In Iran, multiple cabinet officials have contracted the virus, including possibly the Supreme Leader Ali Khamenei, who was in the same room as the Deputy Health Minister who later tested positive for the virus. In response to the outbreak, Iran has freed 54,000 prisoners in an effort to halt the spread among the prison population.

While the majority of cases are still found in mainland China, international concern has shifted to South Korea, Japan, Iran, and Europe now as the Italian outbreak appears to be spreading to the rest of the continent. 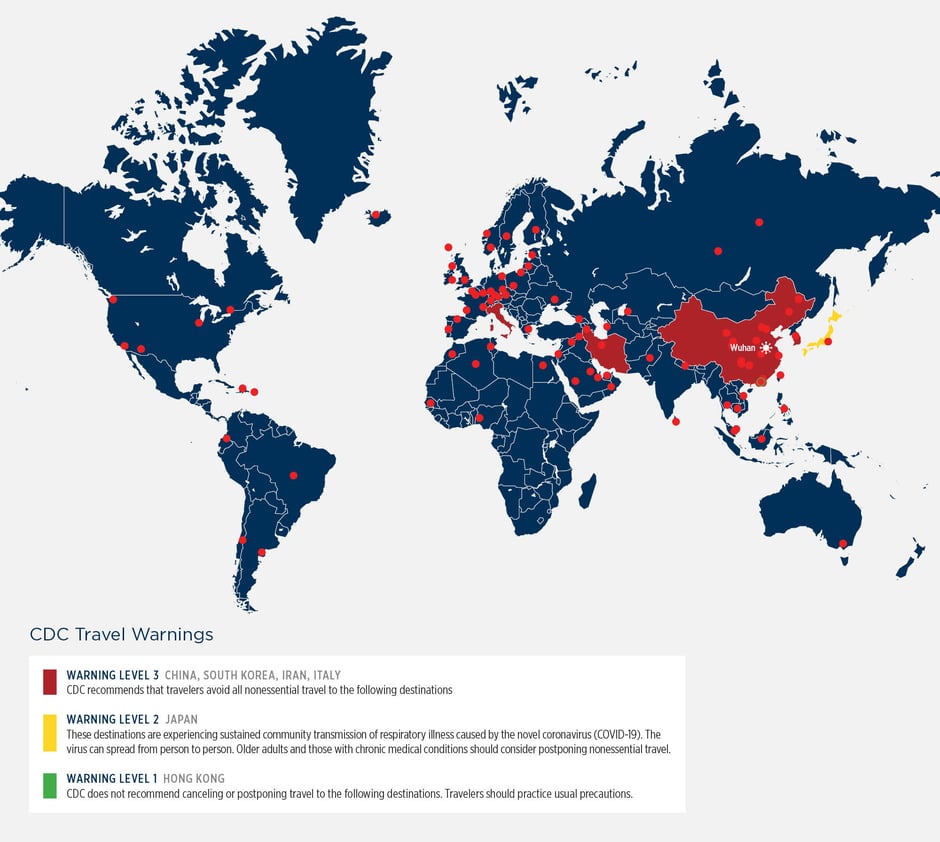 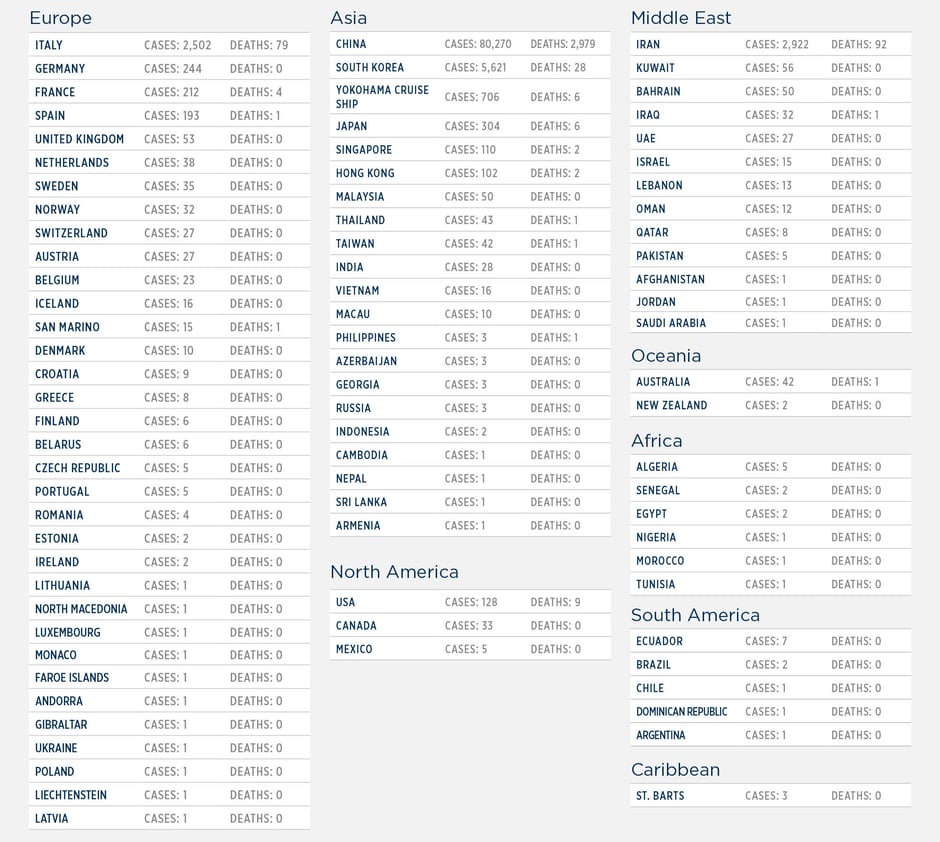 While trends in China are overall positive, the surge in cases in South Korea, Japan, Iran, and Italy are concerning and may be a precursor to serious outbreaks in Germany, France, and Spain where each country now has more around or more than 200 confirmed cases. 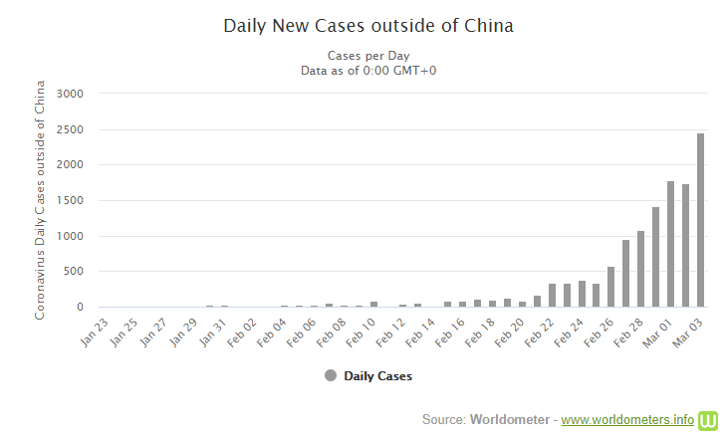