Few developments occurred along the front in Ukraine as officials inside of Russia again downsized ambitious goals to push entrenched Ukrainian forces out of the Donbas. Russian leadership has begun to justify long-term conflict and occupation in public statements, potentially preparing for some degree of forced mobilization to replace exhausted forces. 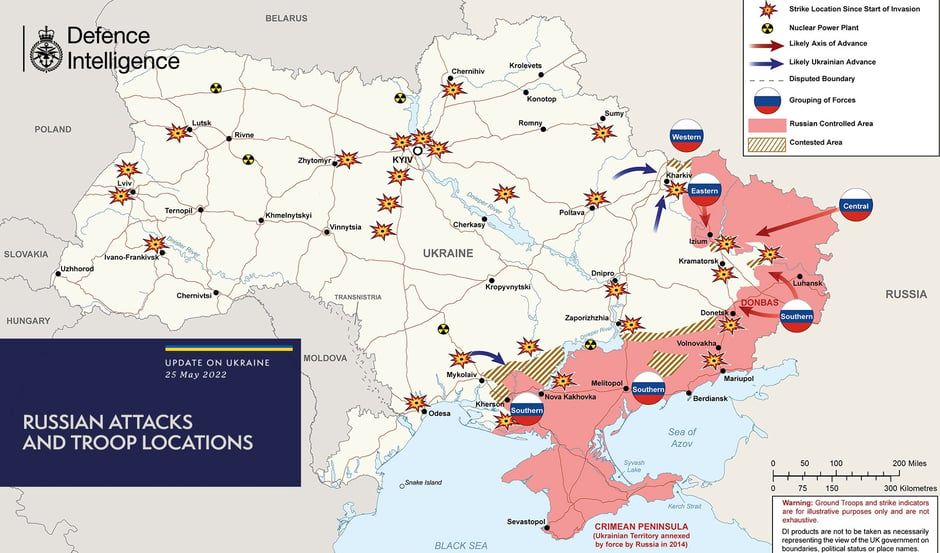