After Russian forces secured Lysychansk—marking the completion of its capture of the Luhansk oblast—Russia paused from 04 July to 16 July to regroup and reconstitute its forces. The slow-moving offensive in Donetsk has resumed, yet the Donbas (Luhansk and Donetsk oblasts) is no longer the center of gravity of the conflict. 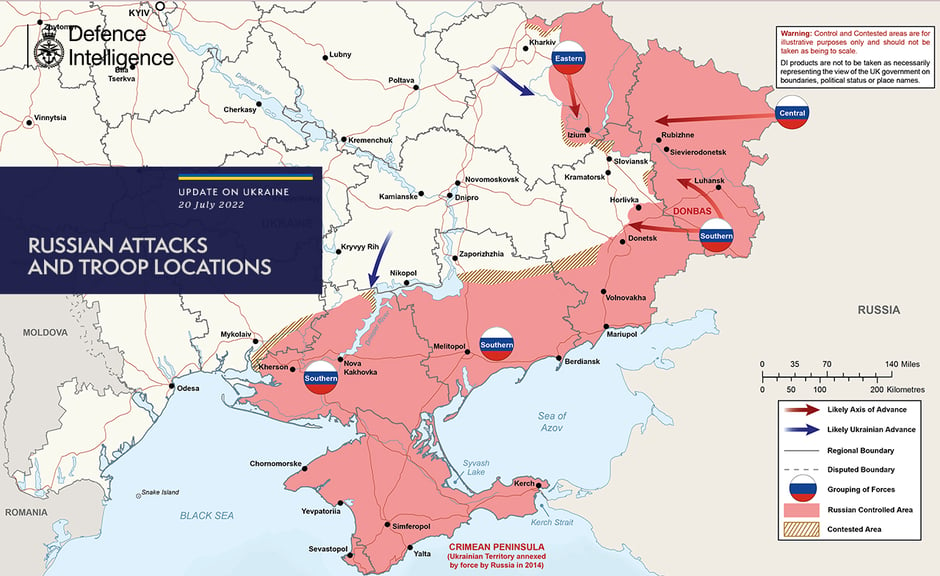