Russia has stepped up missile strikes against Ukraine’s port city of Odesa in the west as the Ukrainian counteroffensive near Kharkiv successfully pushed Russian forces back to the border in the northeast. Elsewhere along the front, Russian troops remained mired in a stalemate, unable to encircle the Ukrainian defense.

Meanwhile, Russia’s Victory Day celebration on 09 May did not turn out to mark a pivotal moment for Russia’s war against Ukraine. Contrary to expectations, Russian president Putin’s annual speech:

However, Putin’s speech—while covering familiar themes—also did not signal interest in a short-term end to the war, nor did it exclude the possibility of general mobilization in the near future. Instead, several points sought to increase volunteers in the military and inflate the threat posed by Ukraine:

Outside of Russia, US intelligence alleged on 10 May that Putin is planning for a long war, hoping to outlast US and European support for Ukraine. In this scenario, martial law in Russia to support the war effort is likely given the current degradation of Russia’s standing force.

Still, Russia’s existing logistics issues would be further complicated by expanding its force size—a difficult task that cannot be accomplished in the short-term. Training new troops would take a minimum of nine months and reducing training time to push infantry out faster would be catastrophic against a well-trained Ukrainian defense. 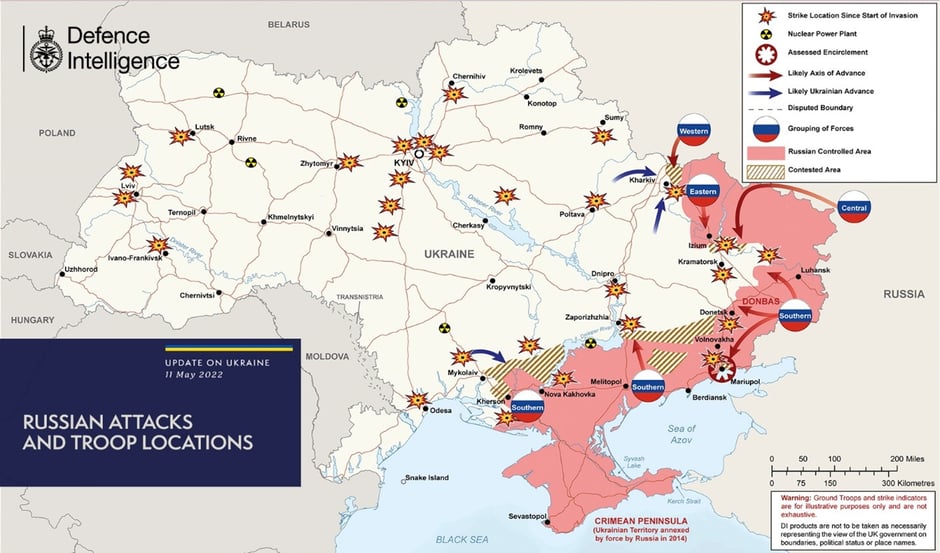 Bottom line, without intent to declare a minor victory in sight, Russia’s war against Ukraine is likely to continue for the indeterminate future, even as Ukrainian forces successfully push Russia back in certain areas.