Russia to Retreat from Western Kherson in Major Victory For Ukraine

On 09 November, Russian Defense Minister Sergey Shoygu ordered the withdrawal of Russian forces from the west bank of the Dnipro River in Kherson Oblast. The fighting retreat of Russian forces is meant to preserve manpower amid the looming routing of some of Russia’s best remaining units. Russia is no longer trying to suspend the Ukrainian counteroffensive, it is now trying to manage it.

Ukraine was able to achieve its goal of ousting the Russians from the side of the Dnipro without a major and costly ground offensive. Instead, the Ukrainian Armed Forces methodically targeted ammunition and logistical hubs, making it unviable for Russia to sustain and supply its forces on the western bank in Kherson City and its environs.

Russia still has 30,000 troops in the area and seeks to prevent a disorderly and costly withdrawal, similar to what happened in Kharkiv in early September. Withdrawal will take weeks with heavy fighting to be expected in Kherson City. Russian forces have destroyed multiple bridges, laid traps, and allegedly mined the Kakhovka hydroelectric power plant to delay advancing Ukrainian forces.

With winter rapidly approaching and with both natural and artificial defenses awaiting Ukrainian forces on the east bank of the Dnipro, the counteroffensive in Ukraine's southern Kherson will likely come to a close as the focal point of the conflict shifts east. All the while, Russia has 150,000-200,000 newly-mobilized troops training now that have yet to enter Ukraine. 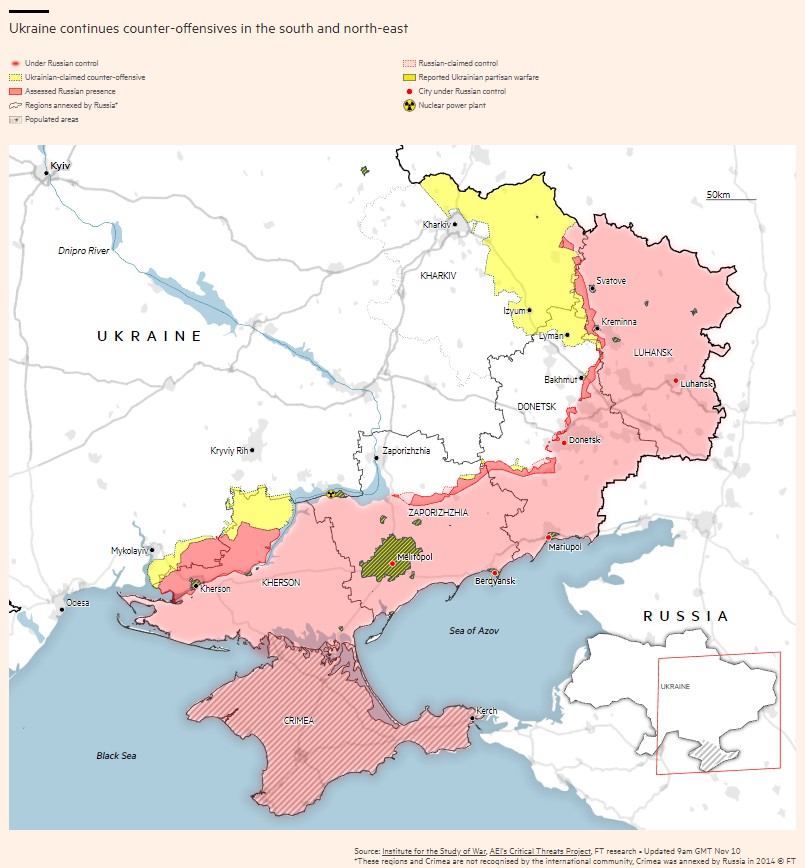