The U.S. and EU continue to prepare new sanctions against Russia in light of the alleged war crimes perpetrated by Russian troops in Bucha. Meanwhile, heavy fighting continues in the area between Izyum and Donetsk as Russia threatens to envelop a sizeable portion of Ukraine's forces. 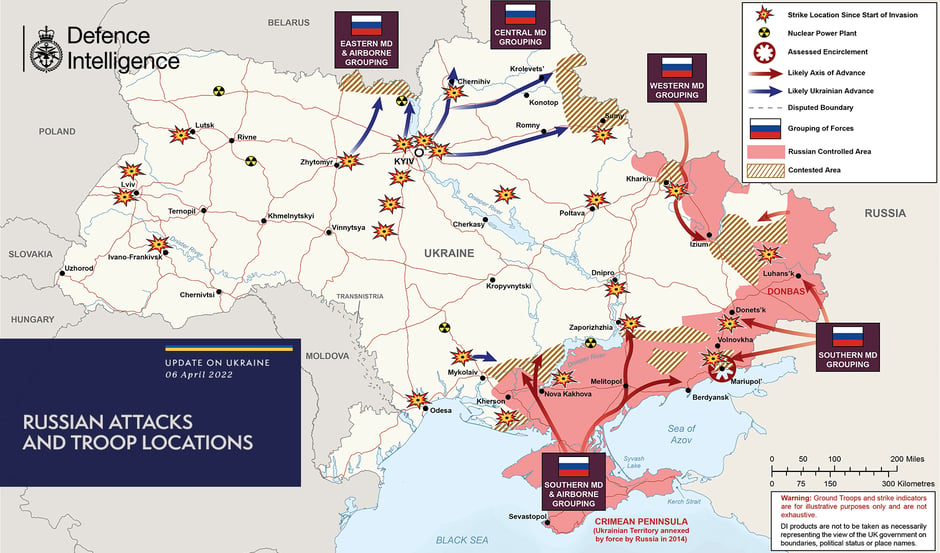