Russian president Putin is expected to make a major announcement on 09 May to mark Russia’s annual celebration of Victory Day. As the commemoration of Russia’s victory over Nazi Germany in 1945, Victory Day 2022 is certain to acknowledge Russia’s “denazification” of Ukraine.

Some analysts fear that Putin will use the moment to formally declare war on Ukraine. This would allow Russia to issue a mass mobilization of forces to overwhelm Ukraine’s defenses with fresh soldiers. However, there are several reasons why this is unlikely to occur:

On the contrary, Putin is more likely to announce victory in the second phase of Russia’s “special operation” regardless of the situation on the ground. Russia will signal its intention to defend captured territory from falling back into the hands of “fascists” while seeking a satisfactory, if temporary, end to Ukrainian counter-offensives. 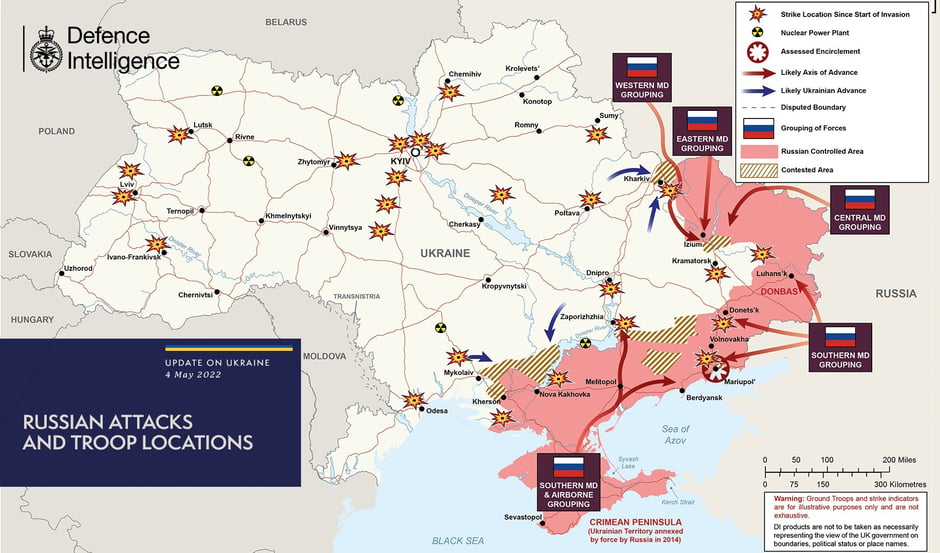 Bottom line, Russia’s actions are too restricted by a difficult tactical and operational reality in Ukraine to shift back to its initial broad war aims. Meanwhile, squeezing the illusion of victory out of the invasion appears to be feasible enough for Putin to pursue methods that are less risky to his political rule.