The Battle for Kyiv is Over

The Battle for Kyiv has ended. Russian forces around Kyiv have accelerated their retreat, as Ukrainian forces conducted several local counterattacks disrupting this process. Despite the rhetoric of de-escalation, Russia is still conducting artillery and airstrikes around Kyiv but did not conduct any offensive operations around the city in the past 48 hours. U.S. officials have confirmed that Russia has withdrawn 20 percent of its troops from the Kyiv area into Belarus for likely redeployment to the Donbas in the future. 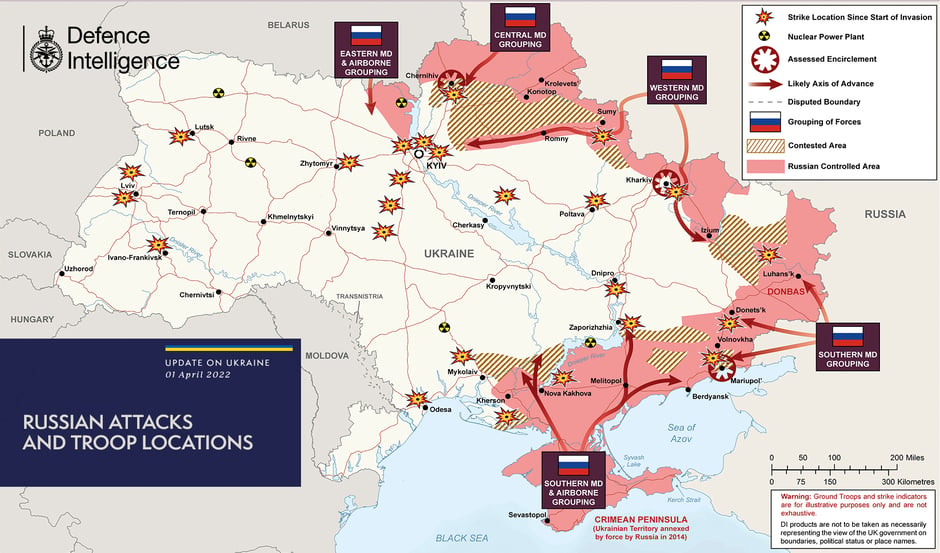