Several states continue to set records for daily new cases, including California, Texas, and Florida, which are averaging more than 8,000 new cases per day over the last seven days. Multiple states have paused or rolled-back reopening efforts: 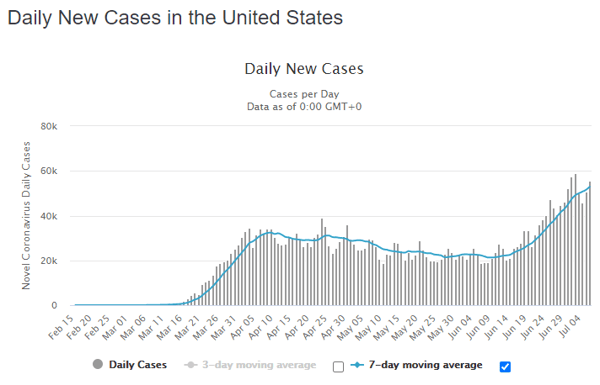 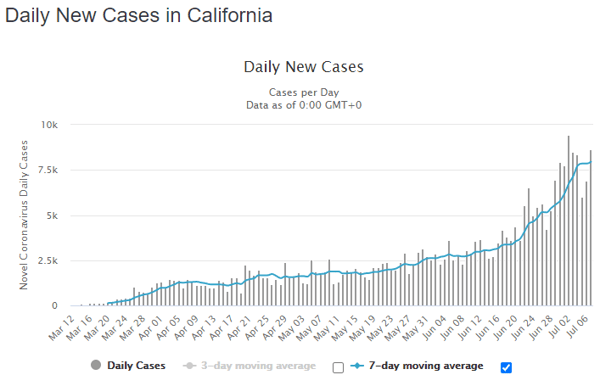 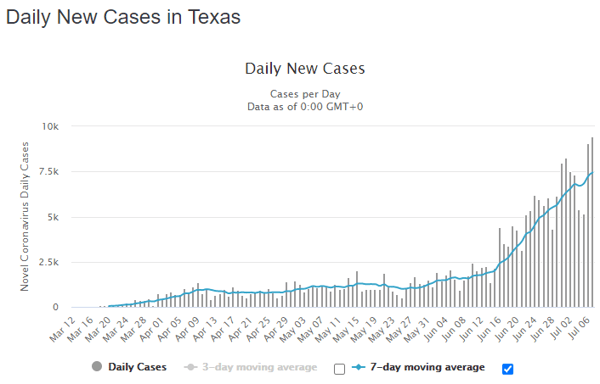 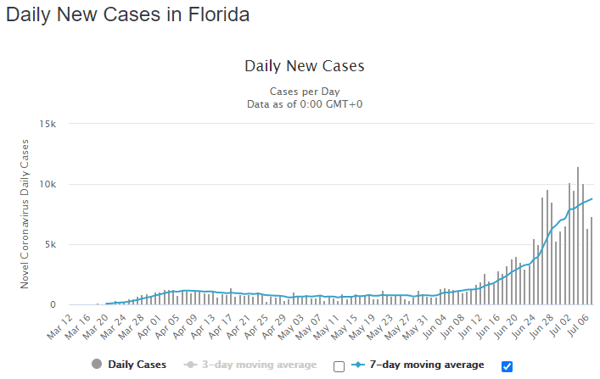 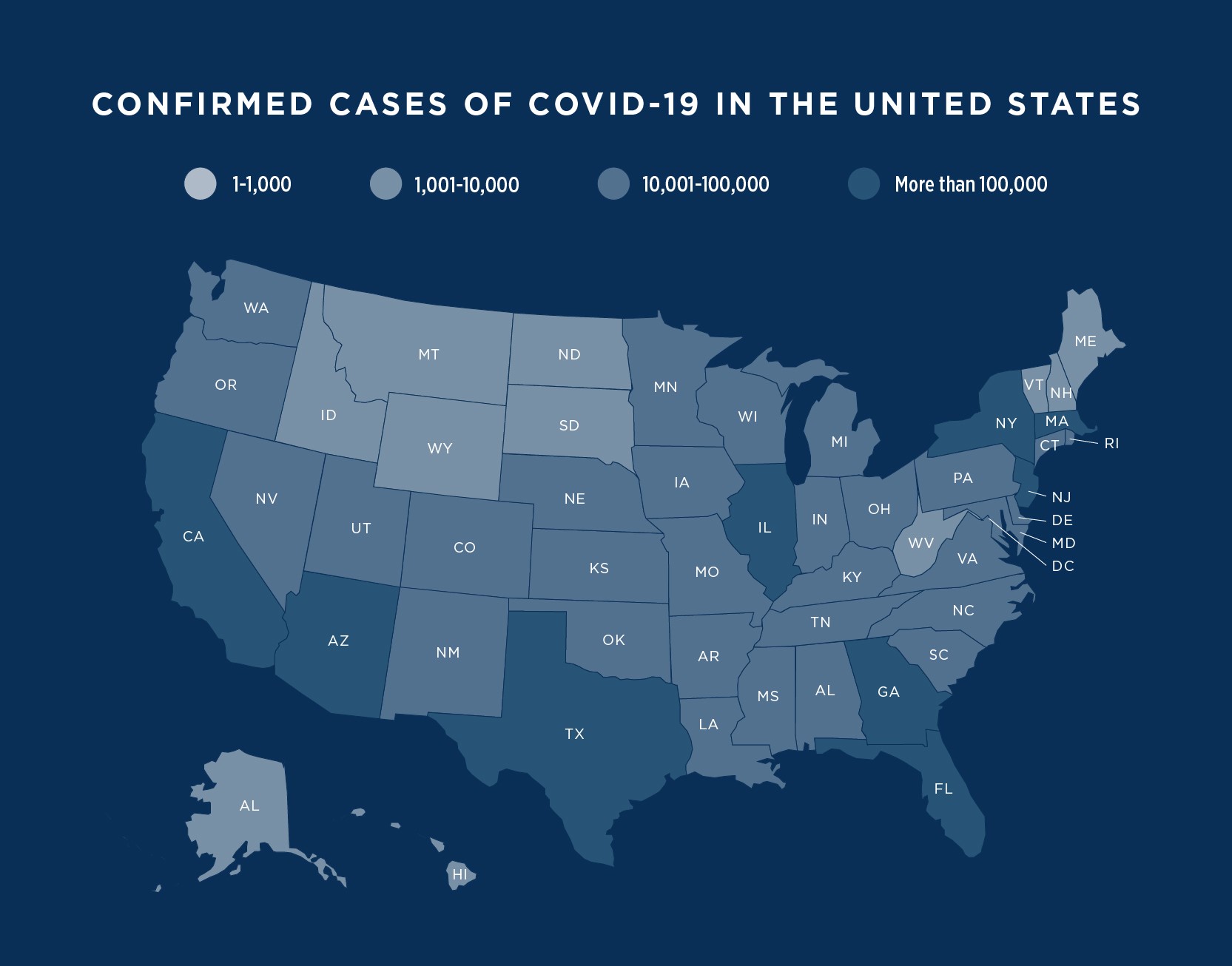 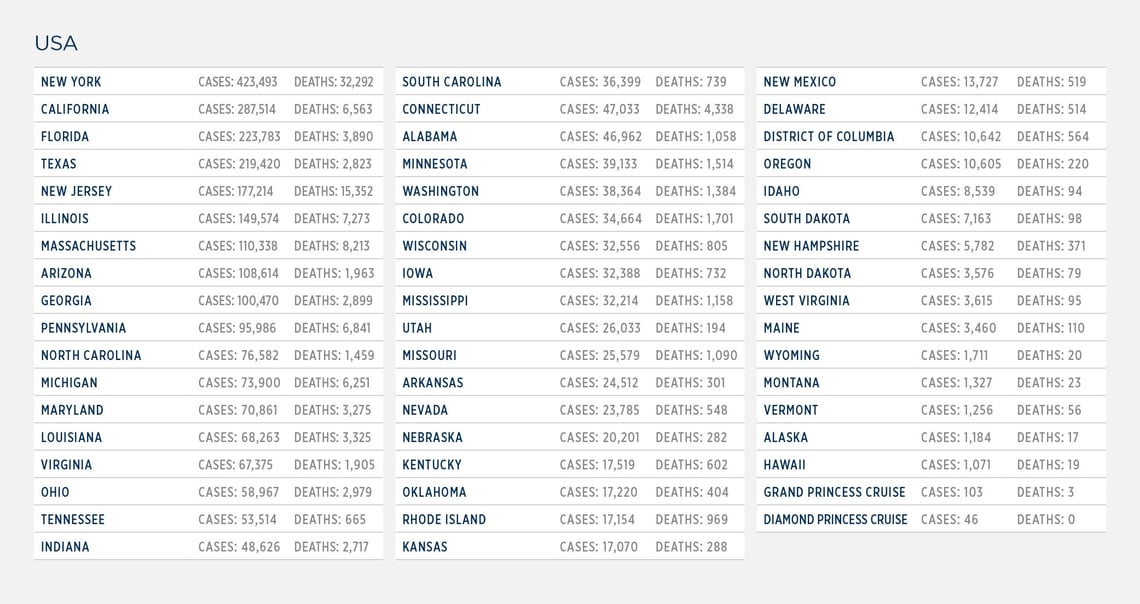 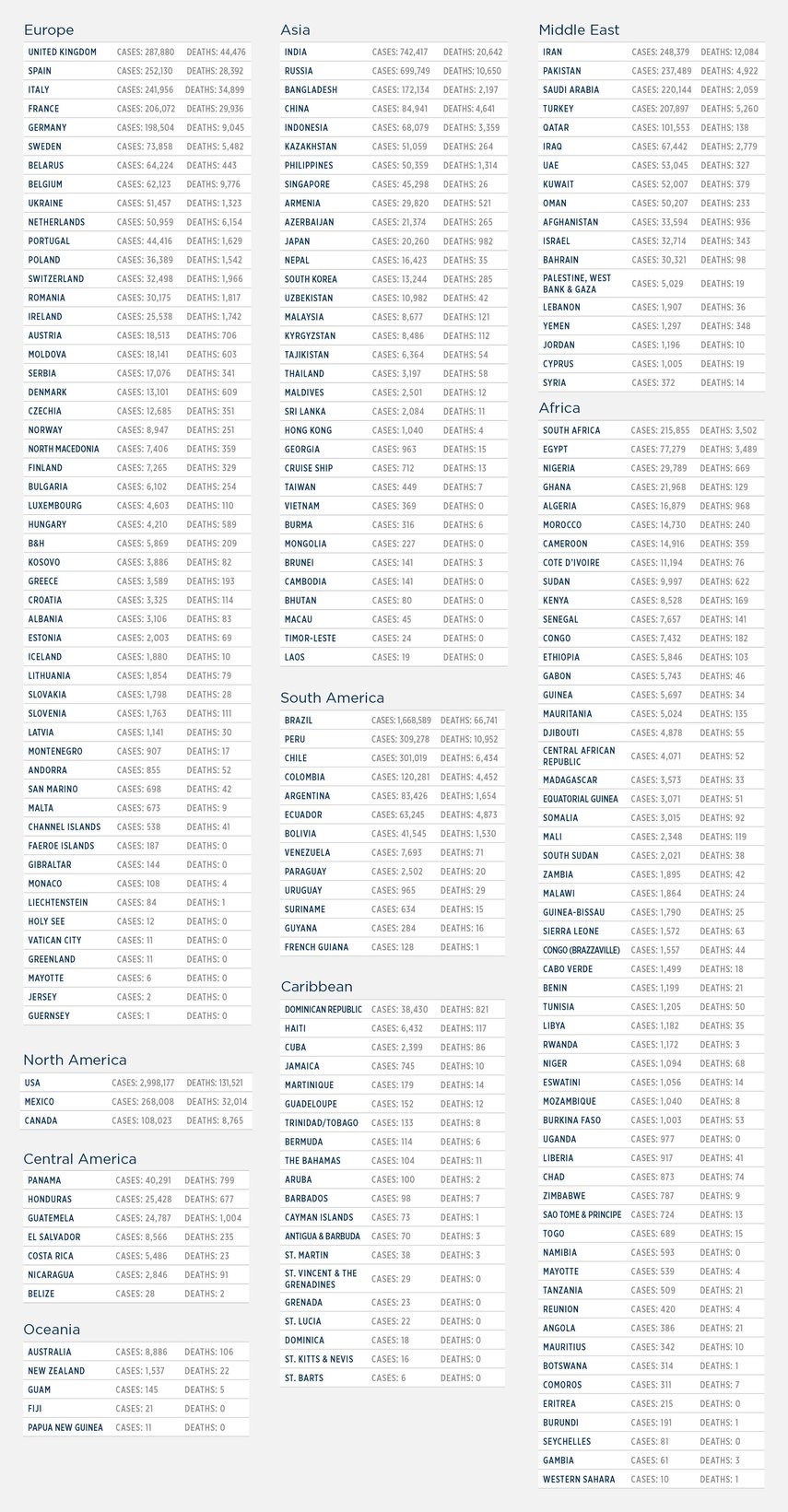 Brazil, Mexico, Russia, India and the U.S. continue to be global hotspots. In particular, Mexico, Brazil, and India continue to have low testing rates, indicating a much larger outbreak in their respective countries. For example, Mexico has half the deaths of Brazil but just 270,000 confirmed cases to Brazil's 1,600,000. Concerns remain that despite controlling the outbreak in parts of Europe and Asia, international travel will not resume due to out-of-control outbreaks in other parts of the world. 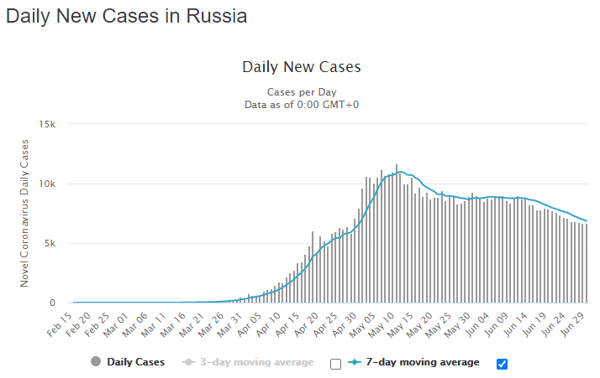 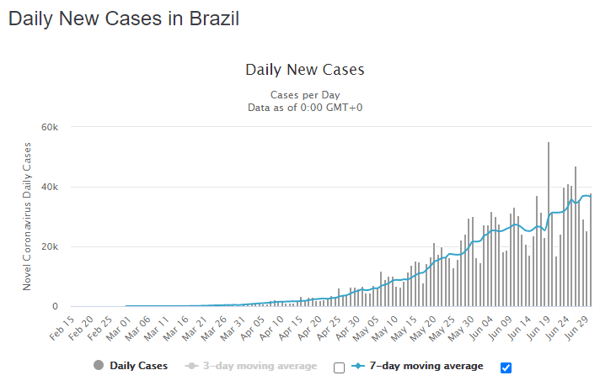 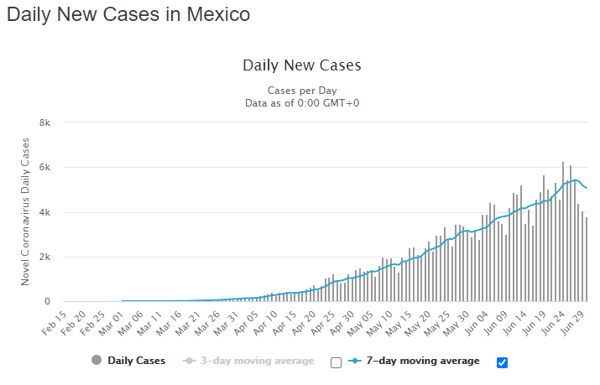 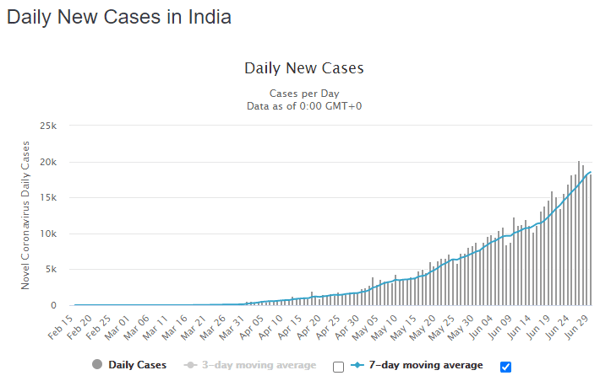