The U.S. now accounts for one-third of total global cases with over 1,000,000 while the global total has surpassed 3,000,000. While much of Europe has "flattened the curve" or seen consistent declines in new cases, other countries are seeing explosive case growth, including Brazil, Russia, Turkey, Mexico, and Peru. 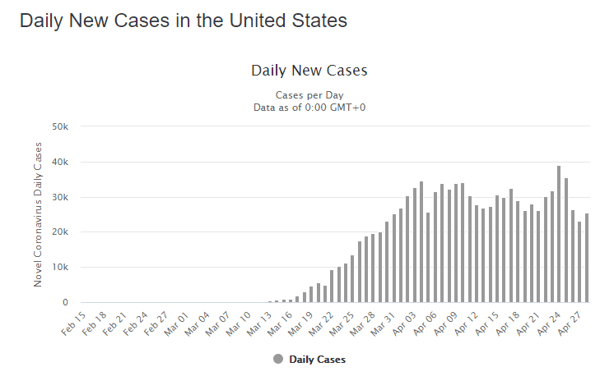 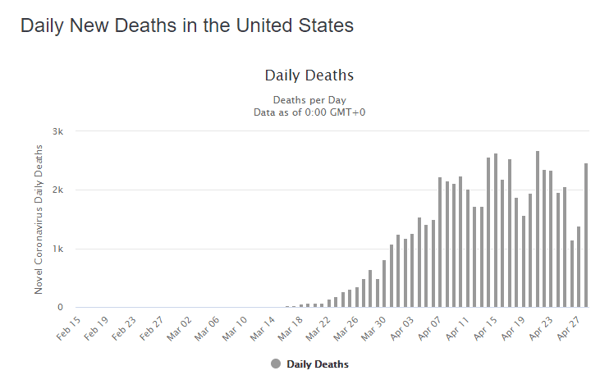 The U.S. State Dept. has issued Level 4: DO NOT TRAVEL guidance for the entire world amid the COVID-19 pandemic.

The outlook remains optimistic as several European countries are starting to see a significant decline in new cases 20-30 days after instituting aggressive lockdown measures. Many are now starting to re-open limited parts of their economies and the success of those restarts will be key for how other nations handle lifting of restrictions.

Hear directly from Dale Buckner, CEO of Global Guardian along with Global Guardian team members Dr. Chris White, Jeffery Stutzman, and Michael Ballard as they share Global Guardian’s current assessment of the COVID-19 pandemic with a view to the future in order to help companies and individuals plan to confront this new and unprecedented challenge. Attendees will also have the opportunity to ask COVID-19 related questions and receive live answers.