The U.S. government has moved up its estimate for when every adult in  America would have access to a vaccine, up to 01 May from the end of May previously. 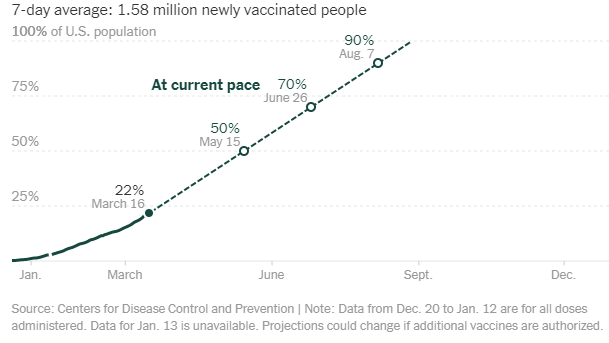