Since the onset of Russian's invasion of Ukraine, Global Guardian has evacuated clients and their families from over 15 locations across the region, including Kyiv, Kharkiv, and Zaporizhzhia. As the situation deteriorates and Russian forces continue their advances, the risks associated with targeted cities has evolved to where evacuation is no longer tenable.

Below is an update on our current response capabilities as of Monday, March 14, 2022. Should you have any questions on how our team can support or would like to request custom intel reports, please contact our team at +1 (703) 566-9463 or email us here. 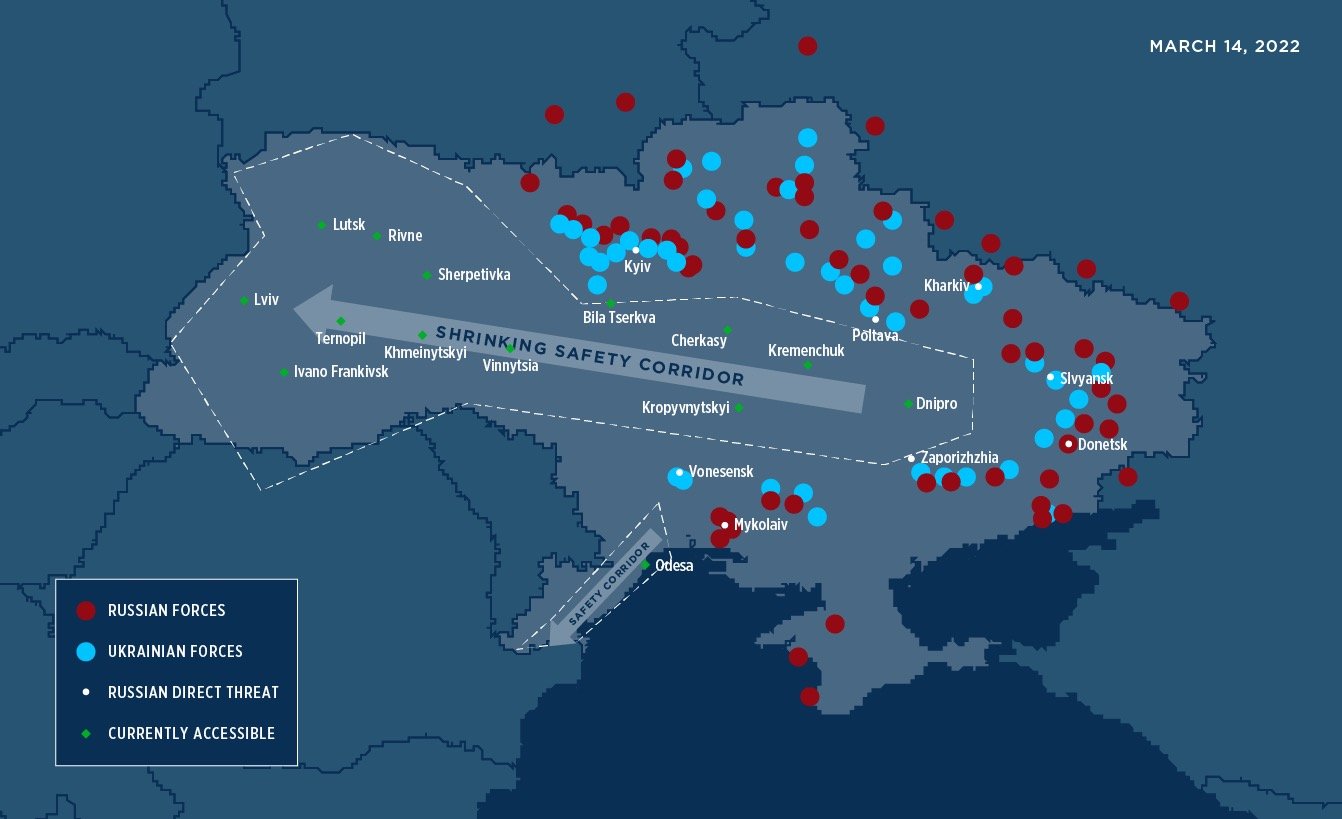