With Russia's renewed offensive looming, the U.S. and several European NATO partners have begun to arm Ukraine with more consequential weapons systems, breaking previous norms. It is unclear if they will be able to shift the balance of forces in favor of Ukraine. What is clear is that the Putin regime's survival is on the line now that Moscow has downsized its political objectives.

While Russia would still like to maintain territory in Zaporizhzhia and Kherson (north of the Dnipro), given Russia's operational challenges—limited manpower, poor morale, disunified command and control, improper maintenance—it is probable that it will need to invest the bulk of its remaining assets to secure its main objectives of capturing the Ukrainian-controlled parts of Luhansk and Donetsk and to hold onto Kherson south of the Dnipro river to secure freshwater access to Crimea. 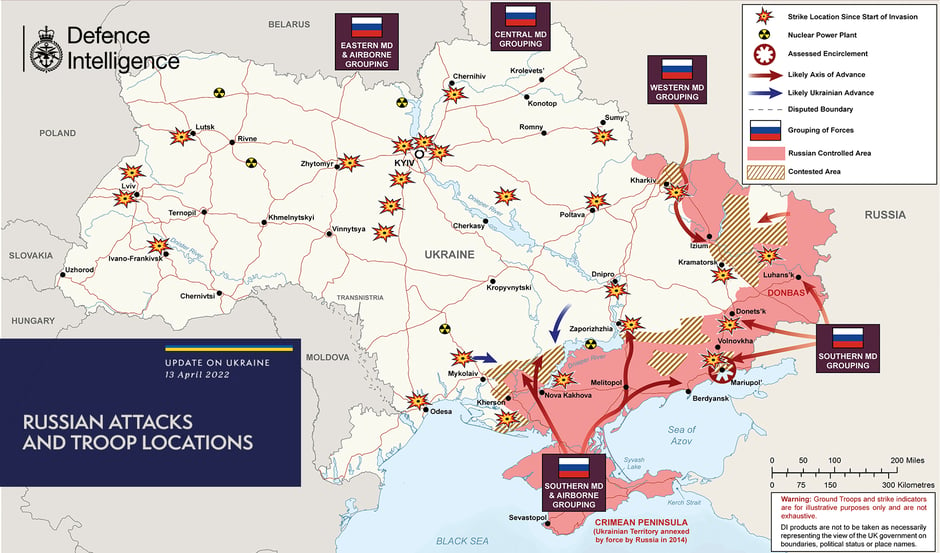 When Russia's second offensive commences, the primary battle zone will be in north-central Donetsk. To date, Russia has made very little progress in this area as it is likely the most heavily fortified area in the entire theater. We expect Russia to deploy significant manpower around Izium to outflank the highly entrenched and battle-hardened Ukrainian troops. This fight will determine the outcome of the conflict.