Russian forces continue to make incremental progress in the east under the cover of overwhelming artillery barrages. The main fighting is concentrated around the cities of Severodonetsk and Lysychansk in Ukraine’s eastern Luhansk oblast. Overall, the war has slowed and morphed into an artillery slogfest in the Donbas as Russia has changed its tactics. It is unclear how much longer Ukrainian forces will hold their positions before retreating in Luhansk. 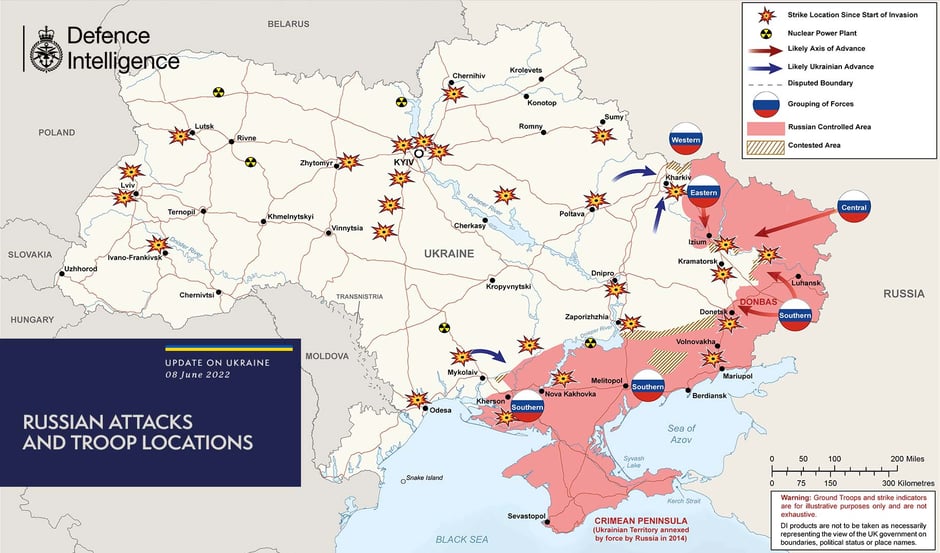