INCIDENT: Amid record-low temperatures, millions of Texas residents lost power and access to water, prompting the need for emergency assistance for Global Guardian clients and their employee base throughout the state.

SITUATION:
In February of 2021, Texas was hit with two severe winter storms, bringing record-breaking temperatures throughout the state and leaving millions without electricity and water. During this period, all 254 of Texas counties were placed under weather advisory warnings, placing strain on the power system, which was unable to keep up with the spike in demand.

At one point during the winter storms, more than 4 million households and businesses were without power, and as many as 13 million individuals lacked access to safe water and were placed under a boil advisory. On top of this, due to the dangerous weather conditions, many individuals were not able to evacuate their homes to move to safer areas, grocery stores, or hospitals. As of February 22, 2021, 22 people were confirmed dead due to the winter storms, with the full death count anticipated to take months to determine. 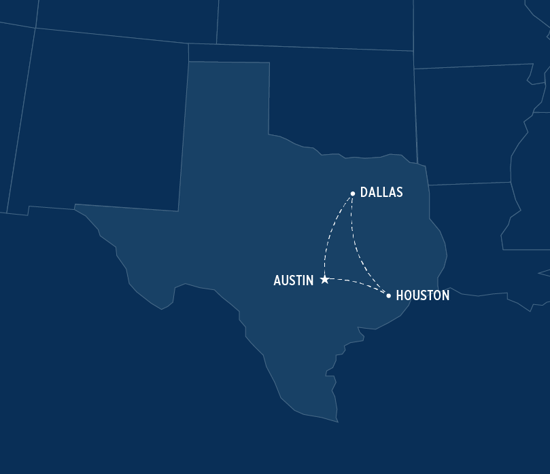 Upon being contacted with requests for emergency response support from multiple corporate clients, the Global Guardian team stepped in, working quickly to find a solution to bring in food, water and supplies and help stranded clients and their employee base get to hotels, airports, and hospitals. The team immediately began working with our on-the-ground team in Texas to secure cases of water and palettes of food to drop throughout the Dallas, Austin, and Houston areas.

Over the course of the week, Global Guardian delivered over 500 cases of water and food to over 200 individuals. In addition, over 30 emergency transports were successfully completed, ensuring the safe arrival of individuals from their powerless homes to hotels and airports. Throughout the event, Global Guardian’s Operations team maintained continuous communication with the main point-of-contact to ensure that all those involved were apprised of the situation and fully supported. Thanks to Global Guardian’s hyper-responsive one-button solution services, our ground teams and 24/7 Operations Center worked together to service over 250 individuals and provide assistance in a time of increased uncertainty and crisis.

ABOUT GLOBAL GUARDIAN’S EMERGENCY RESPONSE CAPABILITIES: Our 24/7 Global Operations Center manages an international emergency response network – accessible with the push of a button. While other emergency response providers rely on third-party operators, our network of 100+ in-country response teams are local and can be dispatched within minutes and hours