INCIDENT: On 1 February, the Myanmar military seized control, declaring a year-long state of emergency, following a general election in which Ms. Suu Kyi's National League for Democracy (NLD) party won by a landslide. Since then, anti-coup protests have been taking place across Myanmar prompting the need for emergency support, including evacuations, intelligence briefings, and currency assistance, for Global Guardian clients and their employee base. 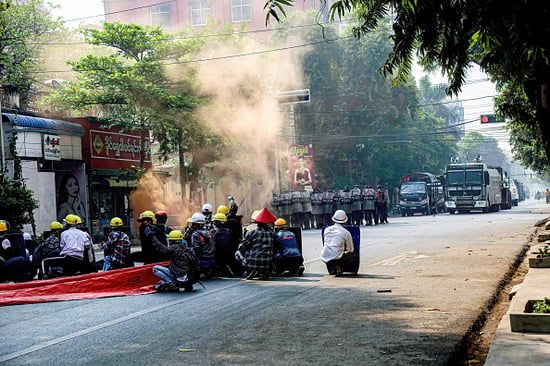 On 1 February, the Myanmar military seized control, declaring a year-long state of emergency, following a general election in which Ms. Suu Kyi's National League for Democracy (NLD) party won by a landslide.  The armed forces had backed the opposition, who were demanding a rerun of the vote, claiming widespread fraud.  The election commission said there was no evidence to support these claims.

Since then, anti-coup protests have been taking place across Myanmar, which have been the largest in over a decade. Security forces have used tear gas, water cannons, rubber bullets, and live ammunition to try to disperse protesters. As of March 31 2021, over 500 people have been killed. The military has imposed restrictions across the country, including curfews, limits to gatherings, and targeted internet blackouts. Airports outside Yangon are closed and commercial flights are extremely limited. Banks and financial institutions have been closed due to employee strikes, internet disruptions, and rushes to withdraw money. As the situation unfolds, Global Guardian has been supporting clients with a variety of requests, including evacuations, currency assistance, and intelligence briefings.

Global Guardian is currently supporting multiple corporate clients, maintaining continuous communication with each point-of-contact and on-the-ground teams to ensure that everyone involved is apprised of the situation and fully supported.

To date, our team has secured commercial flights for two large corporate clients, providing transportation to the airport and coordinating their safe return home. In addition, the Global Guardian team is working closely with seven large-scale corporate clients to coordinate delivery of needed funds, allowing them to keep their operations running without disruption amid the financial chaos happening.

Global Guardian's Intelligence team has also been providing clients with detailed briefings on the security situation in Myanmar, allowing them to make informed business decisions to keep their operations running and employees on the ground safe.

STANDING BY TO SUPPORT:

As the situation unfolds, Global Guardian continues to actively support clients with their security needs. If you, or someone you know is in need of support please contact Global Guardian’s 24/7 Operations. Our teams are currently helping with: