Global Guardian’s on-the-ground teams have operated in Afghanistan during the NATO/U.S. occupation, provided support amid the recent Taliban takeover, and continue to be present for the foreseeable future, all to support clients, expats, and Afghans in their time of need.

SITUATION:
On August 15, Afghan President Ashraf Ghani, in a move that caught most observers by surprise, fled Kabul as the Taliban swiftly closed in on the capital city. The democratically elected government had collapsed. In its place came the Taliban, who for two decades had been fighting a war against U.S. and NATO forces.

Amid chaos triggered by these unexpected events, most Western embassies shut down. The United States government set up a security perimeter around Hamid Karzai International Airport in Kabul and started evacuating U.S. citizens and Afghans on special visas out of Afghanistan. Thousands of Afghans crowded the tarmac at the airport in Kabul in an attempt to flee. However, the last U.S. military aircraft left at the end of August, leaving many Afghans in desperate situations trying to escape. 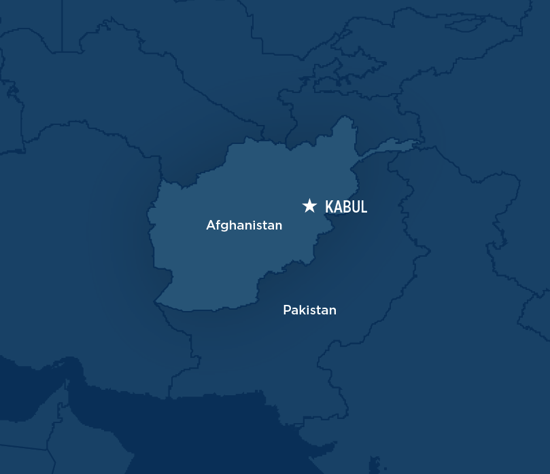 After Global Guardian received critical intel and early warning from its on-the-ground security teams in Afghanistan, the team began alerting its Duty of Care clients to the need to leave the area, 10 days prior to the collapse of the Afghan government. Clients were evacuated from three cities in Afghanistan to countries in the Middle East and Europe via air transportation. Once all clients were out of harm’s way, the Global Guardian team pivoted to supporting and evacuating Afghans who had provided assistance to U.S. and NATO forces over the past two decades and, by doing so, had become targets of the Taliban.

Global Guardian used a combination of private ground transportation and Pakistan’s national air carrier to get Afghans to safety. The team helped secure the proper travel documentation, passports, and visas for the fleeing Afghans. Once these papers were in place, the drive to the Pakistani border town of Torkham, about 140 miles east of Kabul, got underway. Afghans were driven to the border by Global Guardian’s local teams who have the networks and relationships on the ground that helped facilitate the journey. As such, multiple Taliban checkpoints were approached and crossed without incident. All the while, another Global Guardian team tracked the progress of the vehicles from afar in the U.S.-based 24/7 Security Operations Center. The challenge Global Guardian’s teams often ran into was at the border with Pakistan where abrupt and unannounced closures were the norm.

Despite these intermittent closures, all Afghans were safely evacuated and met by Pakistan-based security teams who safely housed them in local accommodations. Some of the Afghans traveled onward, to Canada, for example, but most remain in Pakistan.

When the airport in Kabul reopened, Global Guardian leveraged departing airlines to continue the evacuations. In comparison to the land journey, which took roughly 13 hours from point to point, the flights out took a little over an hour and became the preferred option of evacuation.

Thanks to Global Guardian’s well-established local security teams in Afghanistan and Pakistan and the coordinated efforts from its 24/7 Operations Center, the team was able to assist with the safe departure of over 500 total people from Afghanistan and out of harm’s way.