Atlantic Hurricane Season: What You Need to Know

Inclement weather is one of the most pervasive risks facing families, travelers and businesses alike. Coastal areas house 40 percent of America’s jobs and account for 46 percent of the country’s gross domestic product (GDP).

With the most serious primary and secondary effects, hurricanes pose the greatest weather-related threat to Americans on the Atlantic coast. According to the Congressional Budget Office (CBO), 1.2 million Americans live in coastal regions that are at risk for severe damage (5 percent of average income) from hurricanes. In 2017 alone, the Atlantic hurricane season caused up to $282 billion dollars in damage, notwithstanding the human cost. 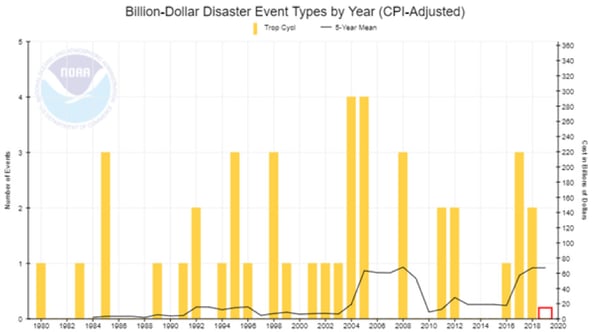 Hurricane season for the Atlantic Basin (the Atlantic Ocean and the Gulf of Mexico) falls between June and December, peaking from mid-August to late October. Hurricanes are measured using the Saffir Simpson Hurricane Wind Scale, dividing hurricanes into five categories in ascending order. Hurricane category classification is not a measurement of impact, rather the category is merely a factor of windspeed. Therefore, when assessing the potential impact of a hurricane to you and your business, it is vital not to underestimate the risk of Category 1 and Category 2 hurricanes. The category system does not account for the storm surge, total rainfall, topography and overall impact to property, infrastructure, and most importantly, human lives. It is also important to note that 90 percent of physical damage and casualties are a result of water level (storm surge and inland flooding) and not high wind speed. Between 2015-2018, 83 percent of hurricane fatalities were due to inland flooding (50 percent from in-car deaths). 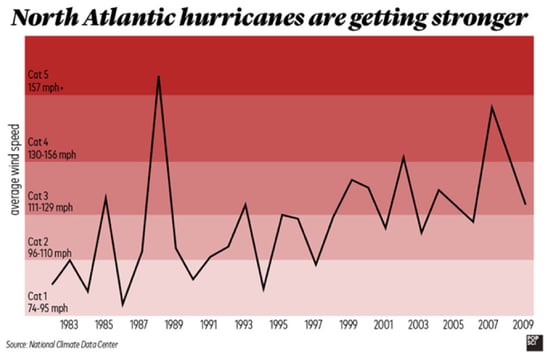 Do not traverse moving water. Six inches of water is enough to knock you off your feet.

Avoid and report fallen power lines. Flooded homes – turn off power ONLY if you are in a dry place. NEVER turn on any electrical devices/tools (including light switches), while standing in water.

DO NOT: operate emergency generators or any coal/kerosene-burning equipment in an enclosed area; use a gas-oven to heat your home use a battery-operated CO detector before operating a generator.

Turn around when confronted by flood water. Twelve inches of water can float a car or small SUV.

Take extra precaution upon approach. They may behave aggressively during extreme weather events.

When entering a space with mold use a N95 (or higher rated) respiration mask. It is almost always present in the aftermath of a serious storm event.

Prepare emergency power sources & pack an emergency kit (food, water and medical supplies for 72 hours & prescriptions for a week). Contact your local fire department, and power and water companies if you use electric-powered medical equipment at home.

This Atlantic hurricane season will have moderate activity with an average probability for major hurricanes making landfall. The Center for Disease Control (CDC) predicts this year’s hurricanes on average to be of lower intensity than 2018.

In 2019, Global Guardian published its inaugural Global Risk Assessment Map. Here, we take a look at some key changes and continuities for 2020. To download the full map, ...

What is Duty of Care and What Does it Mean for My Company?

What is Duty of Care?

Duty of Care is a company’s obligation to protect its employees from undue risks. Employers have a duty of care to their employees, meaning that they...

Self assessment: Does my facility need security?

Every facility is different, and your security needs are certainly unique.  However, every manager shares at least five of the same security concerns: